Aubameyang Climbs Up The Topscorers List After Scoring Against Villa, See His New Position 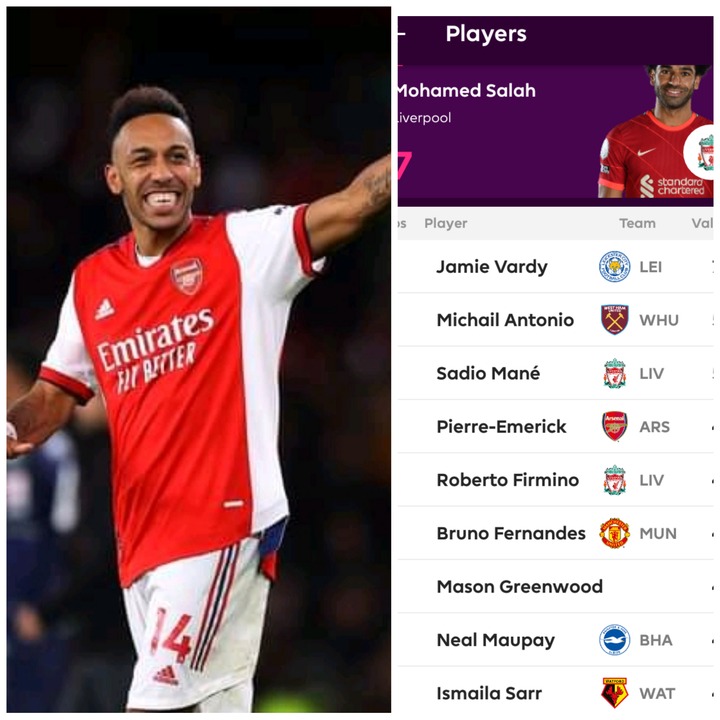 Arsenal striker Pierre Emerick Aubameyang has now moved up in position after scoring a penalty rebound against Aston Villa. The gunners captain has now scored in back to back matches for the first time this season. Mohammed Salah still leads the charts as the season's top scorer with seven goals. The Egyptian has been in incredible form this season.Jamie Vardy also has seven goals to his name before playing against Brentford.

Micail Antonio and Sadio Mane all have five goals each.Micail failed to score against Everton at the weekend though while Mane has been on form too having scored against Watford.

Aubameyang now joins the list of players with four goals.The others are Roberto Firmino who scored a hattrick at the weekend,Bruno Fernandes,Ismaila Sarr Mason Greenwood,Neal Maupay and the list continues.So how many goals is the Arsenal captain likely to get this season?