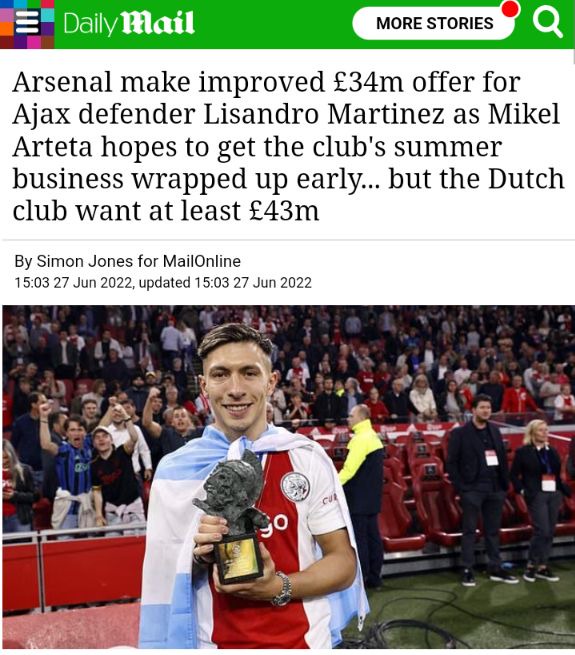 Arsenal have made a move to sign few high profile players but as per now winger Marquinhos from Sao Paulo has arrived in a £3million deal. So is Fabio Vieira who joined from Porto in the deal which is believed to be worth £35m plus £4.2m add-ons to follow later subject to objective achievements. 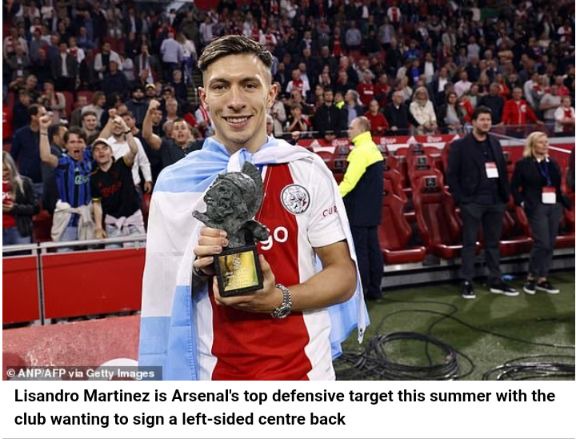 While Gabriel Jesus is almost on his way to Emirates after the two Premier League clubs. Manchester City and Arsenal agree on a £45m price tag for the Brazilian International as per Daily Mail report. 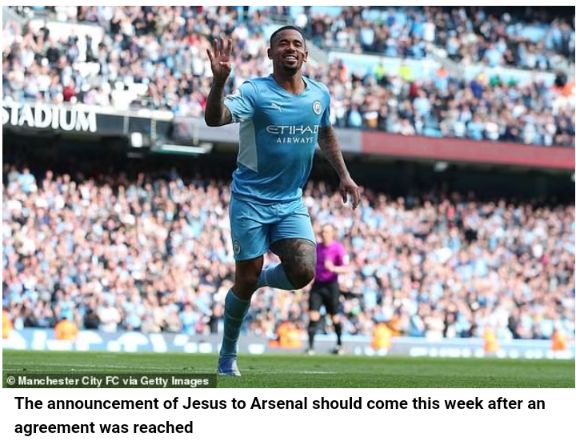 While Matt Turner has arrived from MLs outfit for £5.75m to try and offer cover to Aaron Ramsdale. Who has been Arteta's first choice goalkeeper since last season. However despite a North London side under Arteta believed to have placed. An offer to Ajax worth £25m, initially and was returned down for Lisandro. 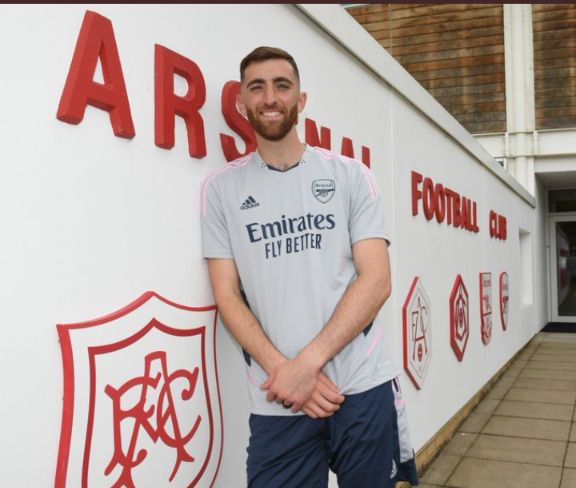 They have made a return with £34m for Lisandro Martinez and the Ajax side has rejected the second bid as well as per reports by Daily Mail. The 24-year-old defender is believed to be made available for £43m as per same publication and his a target for Manchester United. 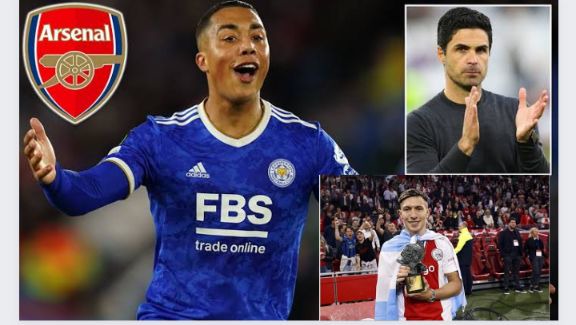 Sundays Free Sure Football Tips To Place On For Great Returns.