Not Kante, See What Kroos Said About The Most Difficult Player to Face at Chelsea in Today's Clash 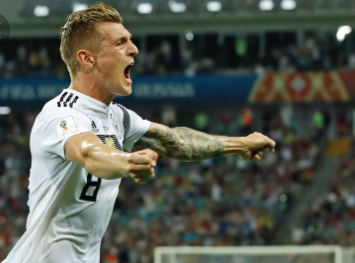 Real Madrid midfielder Toni Kroos was asked during a Press Conference about the player in the Chelsea squad that he thinks is difficult to deal with. In his response, the German star confidently said that none of the Chelsea players have ever given him sleepless nights in the past 15 years.

"The most difficult player to face at Chelsea? No player has ever taken my sleep in 15 years. They play well as a team but I can't tell you a name". 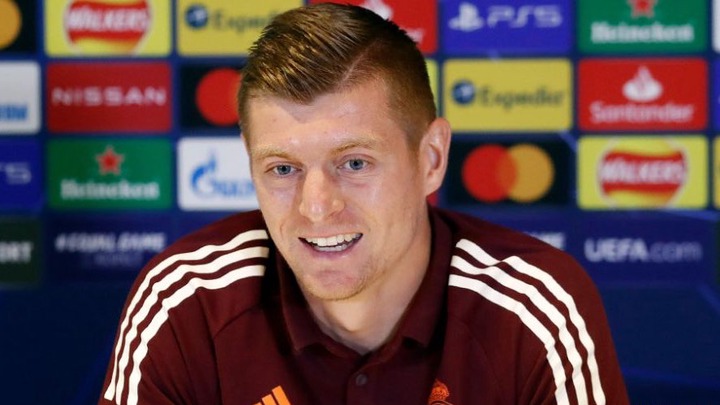 The 31-year-old star appeared to be full of spirit ahead of Champions League decider Clash as he recounted the only reason why Chelsea outsmarted his team in the first leg of the semis.

"In the first 25 mins, we didn't press well and were a yard late... that's what they wanted. After that, we managed the game better." 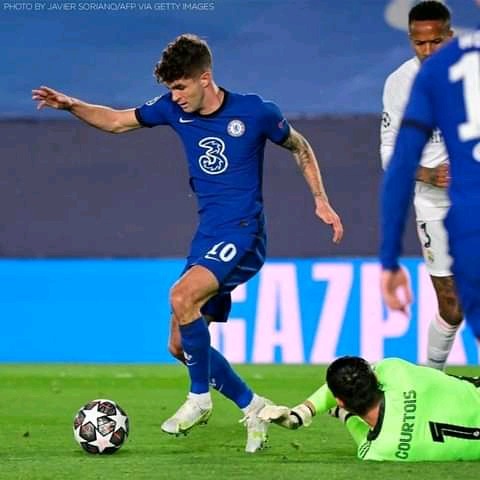 Chelsea will have to defend and end the game in a 0-0 draw or simply win against Real Madrid to qualify for the Champions League finals where they would meet Manchester City who beat PSG 4-1 on aggregates.

Meanwhile, Kroos is much hopeful that Real Madrid will easily beat Tuchel men as he believes the club has learned Chelsea's style of play. 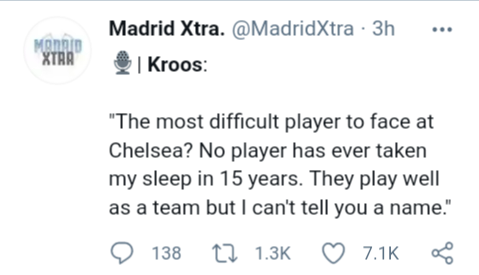 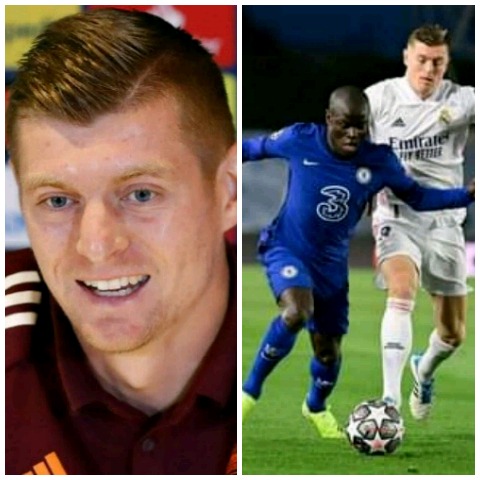