Three coaches who flopped immediately after winning Coach of the Month award in EPL.

By Political VAR (self media writer) | 10 days ago

coach of the Month award is a monthly award given to the coach who performed best in that month in English Premier League. A total of five coaches are nominated by the premier league based on their performance in that concluded month, fans are then given the chance to vote for one of those coaches and the award is given based n performance, fans' votes, and sports journalists' votes. These are some coaches who found it hard to continue with their fine form after winning the Coach of the month award. 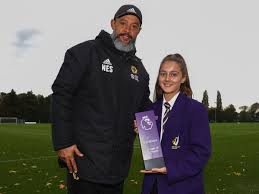 Nuno enjoyed a flying start to his Tottenham job after joining the club from Wolves, this flying start saw him win three out of three premier league fixtures he had in his first month. He then won a deserved coach of the month award, after the award fans expected a lot from him but it is unfortunate that he could not deliver even a fraction of fans expectations, he went from a triple win in August to a triple derby loses against Crystal Palace, Chelsea, and Arsenal in September. 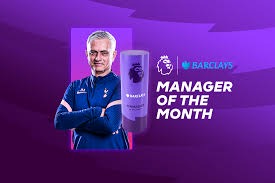 It is not the first time a Tottenham manager is finding It hard to continue a fine form the next month after winning the coach of the month award, Former Tottenham coach who is currently at Roma also suffered the same fate in December last year, after enjoying a good November winning three out of four Premier League fixtures, all Jose could manage the following month was a single win in December losing two and drawing two. He lost to Liverpool and Leicester drawing against Wolves and Crystal Palace, the only win he managed that month was a derby win against Arsenal making it one of his poorest months at the club before he left the club towards the end of the season.