By Okidikalam.com (self media writer) | 2 months ago 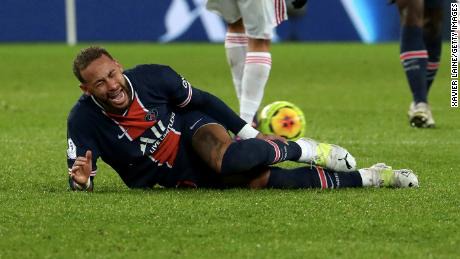 PSG enjoyed a late 3-1 victory in a game that featured lots of drama.Pochetino boys were under pressure after conceding goal in the early first half of the match. Captain Marquinos brought the saints back to the match with a late first half equalizer.

In the second half Etienne came back with a defensive idea having in mind they were man less, PSG however received morale and continue fighting, Angel Di Maria made it 1-2 in 80 minute after putting Messi's assist home, Marquinos sealed the factory with header making it a brace for him.

Sergio Ramos today made his league match, the Spanish international who joined PSG from Madrid during last transfer has missed games due to injury something that has worried PSG fans.

Even though PGS won the match, it was suddening to loose their play maker Neymar Jr. The Brazilian was forced off after helping his side manage it 2-1. Neymar twisted his ankle when he was trying to perform his dribbles past Etienne man.