There are a good number of Harambee stars players who play professionally football abroad. They worked hard to earn interesting from top clubs in Europe. Wanyama for instance grew form a young player until he played in the best league in the world. 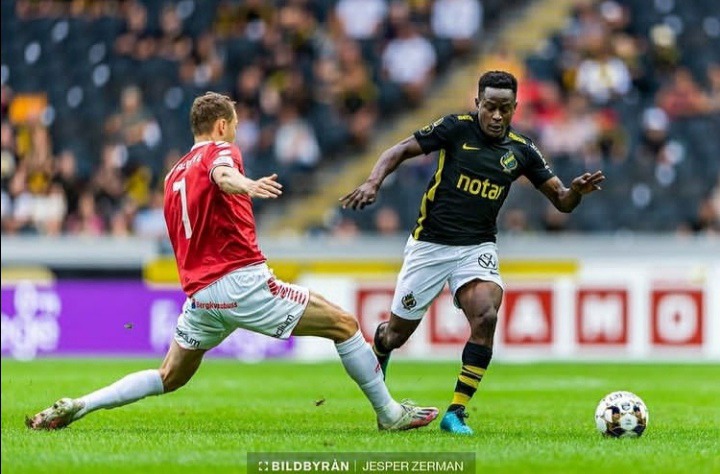 Apart from Wanyama there's one exciting defender that has been making news for various reasons. Eric Marcelo Ouma is arguably the best left back Kenyan has ever produced. He began his football back in Kakamega high school alongside Joseph Okumu who recently joined Gent. Ouma plays for AIK in the Swedish top tier league. 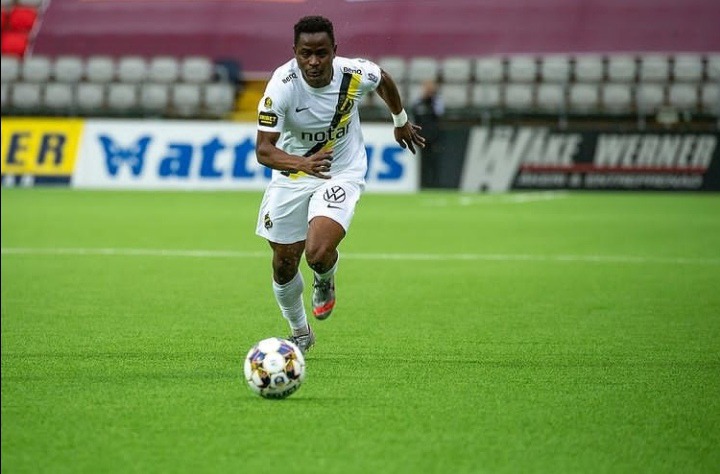 The player has been providing assists for his teammates upfront. His abilities have made him a fan favorite in Sweden. He has been named in the team of the Week on several occasions and that is not the only thing he has been recognized for. The club named him the fastest player in the month of July. 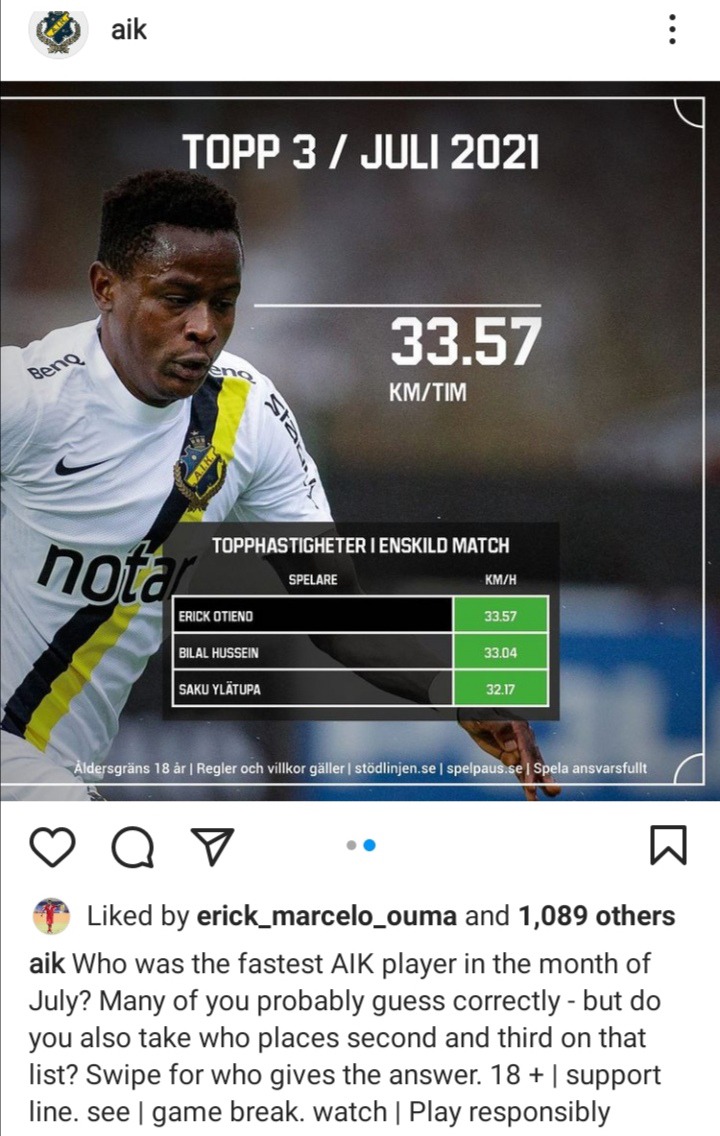 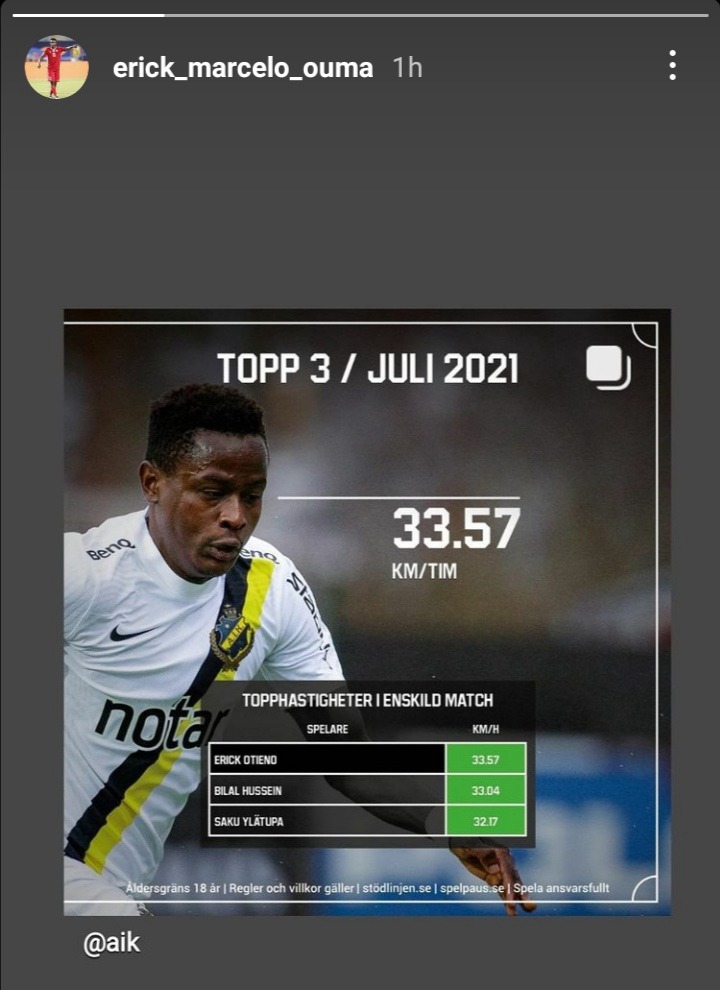 Marcelo had the fastest speed of 33.57 kilometers per hour. The club posted on their official Instagram account. The Kenyan international would later post it on his Instagram story. Kenyans must be feeling proud for one of their own impressing abroad.