By Kavuwa (self media writer) | 2 years ago

Against many Arsenal fans wishes, David Luiz has been handed a new one-year contract which will see him stay at the Emirates for the 2020/21 campaign. David Luiz has come under fire over the last few weeks after a dismaying performance against a free-scoring Manchester City. David Luiz came on early for injured Pablo Mari but the poor peformance and challenge still left Arsenal 10 man down. 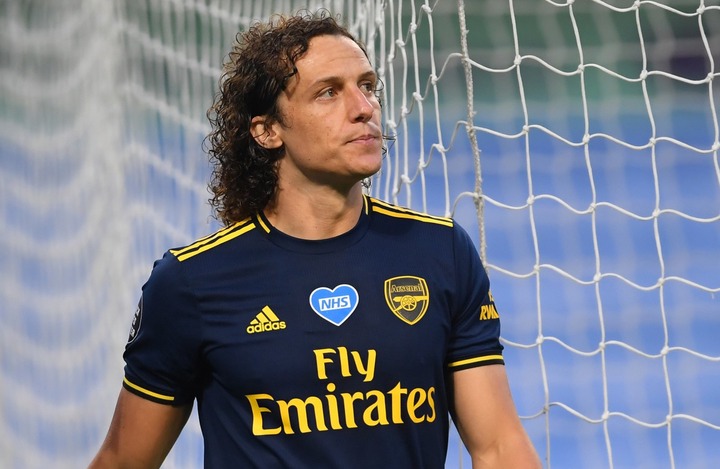 Many speculated that Luiz's time in London had come to an end after arriving last summer from Chelsea for a £8million deal. June 23 was the deadline for clubs to agree new terms with players who's contracts were coming to an end. The extensions are to enable them to play beyond this month following the Premier League’s resumption.

Dismal Performance from a World-Class Defender After playing for Chelsea, Paris Saint Germain and the Brazil men' team, David Luiz has been hailed as among some of the top centre-backs. However, over the years his decision making has been called to question with the defender making reckless challenges outside and inside the box.

The match against Manchester City only made Luiz's critics louder. The defender was responsible for the first goal by conceding an unneeded penalty and getting sent off early in the second half. Arsenal legends Ray Parlour and Martin Keown urged the club to part ways with David Luiz and look for a new centre-back in the transfer market following his disastrous performance against City.

However, Arsenal have kept faith with David Luiz and have also agreed to make Pablo Mari's loan move from Flamengo permanent with a £14million deal. Content created and supplied by: Kavuwa (via Opera News )

Gor Mahia Boss open up on his life style in freemason

How a Man Behaves When He Is Truly In Love