Why Manchester United Require Another Coach To Take Them To Another Level.

Manchester United endured another frustrating moment when they were comprehensively beaten by Leicester on Saturday afternoon. Ole Gunnar's stint at Old Trafford is almost three years since he replaced Jose Mourinho. Despite the fact that Manchester United have been improving when the Norwegian has been on pressure, it's now too much to bear. The early fixtures appeared to be a walk in the park for United, only to fail to collect maximum points against Everton and Aston Villa.

The upcoming fixtures will have to define Manchester United in the title chase this season. In my opinion I strongly feel that Ole Gunnar's stint at Manchester should just come to an end as they employ the services of Antonio Conte or Zinadine Zidane who will steer Manchester United to the next level.

The next game against Atalanta in he Uefa champions league must be the eye opener for the United hierarchy. Liverpool on Sunday will be another mouth watering match which the fans will be expecting nothing not short of a win. In Ole Gunnar's stint at Manchester he's failed to win any trophy, a club that has been bagging trophies during SAF error.

In fact Manchester United possess a squad that has great strength that should just be assembled well to produce good results. Sancho, a recruit in the summer has recently looked a shadow of himself as he has failed to show why United went for his signature in the summer. In as many matches he's featured, he's yet to score or assist for the red devils.

It will be a matter of time to see what will happen at Manchester United in the upcoming weeks with tough Fixtures appearing to be on horizon. 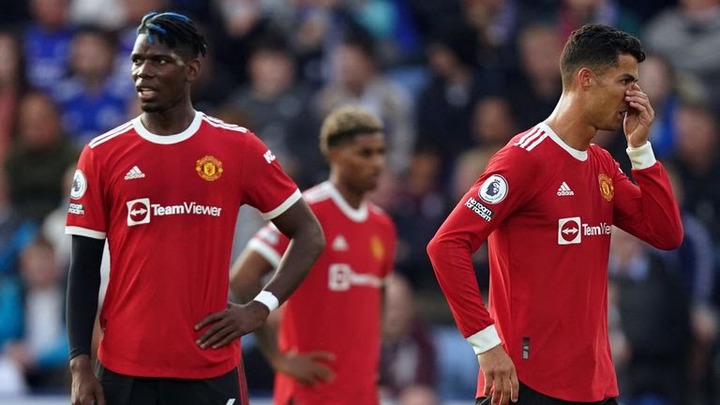 Do you think Ole Gunnar should be sacked? Share with us your views on the same