Fans angry with star player after lose to Young Boys. 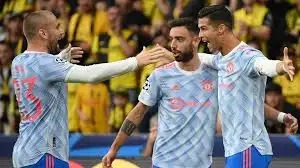 Manchester United fans have expressed their anger after their loss to Young Boys in the Champions League. The Red Devils started their opening game with a lose. United were beaten 2-1 in the away game.

The fans expressed their anger towards Jesse Lingard who was seen as the main cause for the second goal.

Aron Wan Bissaka received a red card after dangerous play. Young Boys controlled the game to the second half. The anger of the fans was directed to Jesse Lingard who gave a weak back pass to De Gea who could not do anything to stop the ball from getting to the net.

Jadon Sancho was not spared to by the fans anger. Some even asked Ole Gunner Solskjaer not to start him again. Some fans claimed that he was also the main cause of the red card.