By jimmyrass (self media writer) | 4 months ago 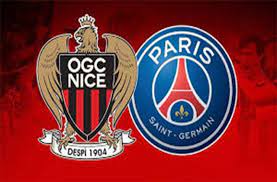 In Ligue 1 match tie this Saturday Nice will host PSG at Allianz Riviera. Currently Nice are at position three with 46 points after 26 matches while PSG are leading the table currently with 62 points after 26 matches. They have met nine times in the recent past .Nice has won none of this encounter they have lost six times with three matches ending in a draw. In their last Ligue 1 tie the match ended in a barren draw they have only met in Coupe de France where Nice won via post penalties after a barren draw. Nice are heading into this match after 2-0 win against Versailles while PSG are heading into this encounter after 3-1 win against St Etienne. PSG will be bidding to make it back-to-back wins in Ligue 1 when they make the trip to Nice . 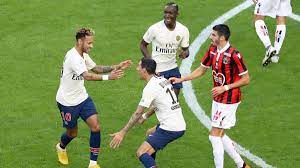 PSG who are under manager Maurricio Pochettino have failed in the recent past to keep clean sheet away in Ligue since October as they were held by her host to a barren draw in Coupe de France. Nice squad will have a boost after the return of Dante and Justin Kluivert from suspension but they will miss the services of Youcef Atal and Jordan Amaviwho is nursing broken Collarbone and knee injury respectively. PSG will be without attacker Kylian Mbape because of owing to an accumulation bookings but a big in the squad is after the return of Marco Verratti. This is a tough, tense and hard game for both teams despite the fact they differ by 16 points both teams have a hard task ahead. Goals will be scored in this match but expect under 2.5 in this match. 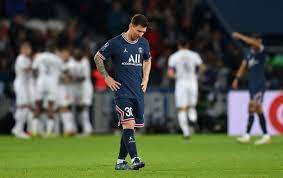 Content created and supplied by: jimmyrass (via Opera News )