"He Is Horrible To Watch, Let Him Leave" Man United Fans To A Star For Bad Performance Yesterday

By Onlinelegitnews (self media writer) | 3 months ago 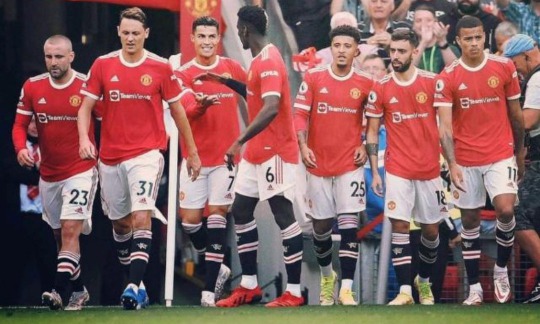 League Cup has never constituted a successful season at Manchester United but pressure will gradually increase, with no trophy at the earliest possible stage. Solskjaer wasn't complacent with starting line-up but he is prolonging the agony with Martial. Telles recall a mistake.

Anthony Martial's Career At Manchester United seems to be finished after display a bad game against West Ham in the Carabao Cup, a game that ended at 0-1defeat.

Martial looked floppy and uninterested with the ball and was just sticking at the front and was not even helping the team in pressing wherever he loses the ball.

Dion Dublin: “[Anthony] Martial has not done enough since being at Manchester United, you see flashes and think it is the start then he doesn't do anything. His body language is horrible to watch, he doesn't want to run around and work hard to be United’s number nine.”

Dion Dublin: "We need to see more from Anthony Martial, we have said it many times before but he is not helping his cause. I want to see him sweating and putting the ball in the back of the net. He has not done enough since being at Manchester United."

Game defined by horribly inept forward play. Outside of Telles, Man United backline and midfield did really well to keep us on ball and creating sustained attacks and chances. I've no words for Martial, puts less effort in than the match going fans. 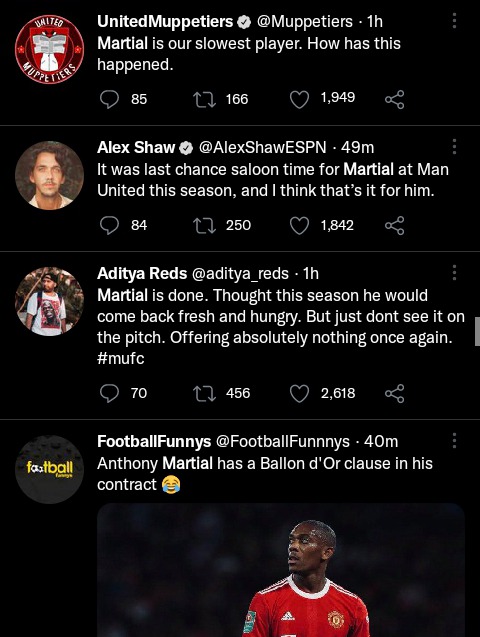