Morocco have defeated Canada 2-1 to book their place in the round of 16 of the football World Cup in Qatar.

Hakim Ziyech gave Morocco the lead in the fourth minute, before Youssef En-Nesyri made it 2-0 at Al Thumama Stadium on Thursday. Nayef Aguerd’s own goal in the 40th minute gave Canada some hope, but nothing changed for the remaining part of the game.

Despite Canada dominating the game in the second half with a higher possession of the ball, Morocco's defense remained solid and didn't conceeed any goal keeping the clean sheet.

Morocco now tops Group F with Seven points followed by Croatia who managed to have five points. Belgium fails to qualify to round of 16 after their draw few minutes ago against Croatia.They managed to get four points and finally Canada also leaves with zero points hence coming last in the Group F.

Belgium have crashed out of the World Cup following a 0-0 draw with Croatia, marking a bitter end for the country’s so-called “Golden Generation” of stars.Coach Roberto Martinez’s side, ranked the second best in the world by FIFA, failed to find any fluency in Thursday’s clash at the Ahmad bin Ali Stadium and their desperate second-half attempts to break the deadlock ultimately came to nothing.Lukaku then rattled the post with a fierce shot from close range on the hour mark as Belgium pushed desperately for the goal that would send them through. 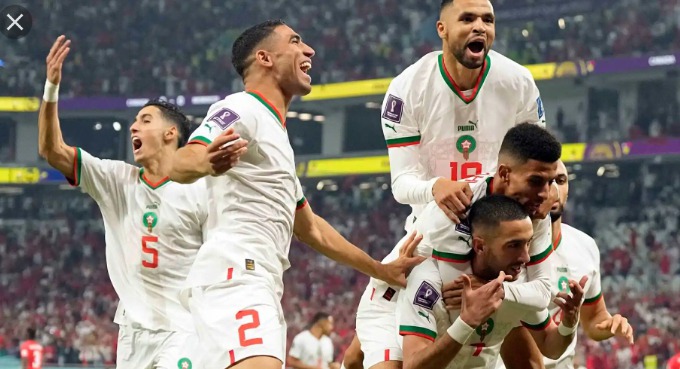 He went on to waste a string of goalmouth opportunities as the clock ticked toward full time.The stalemate left the Red Devils stranded in third place in Group F, with Croatia one spot above them and Morocco finishing top of the pile following their 2-1 win over Canada.The 2018 runners-up will face the winners of Group E which could be Spain, Japan or Costa Rica on Monday.

Morocco, who have reached the knockout stages for the first time since 1986, will play the runners-up from Group E, which also includes four time champions Germany, the following day.