Arsenal were beaten by Olympiacos by a solitary goal to nil at the Emirates stadium in the second leg of the Europa league competition although the Mikel Arteta side qualified because of a superior goal difference.

Arteta made changes to the side that defeated Tottenham Hotspurs in the north London derby and their struggled to impose their style of play against the Greek side.

The Arsenal fan base have however been left in awe of their Brazilian sensation Gabriel Martinelli who was a second half introduction at the expense of Emile Smith Rowe. 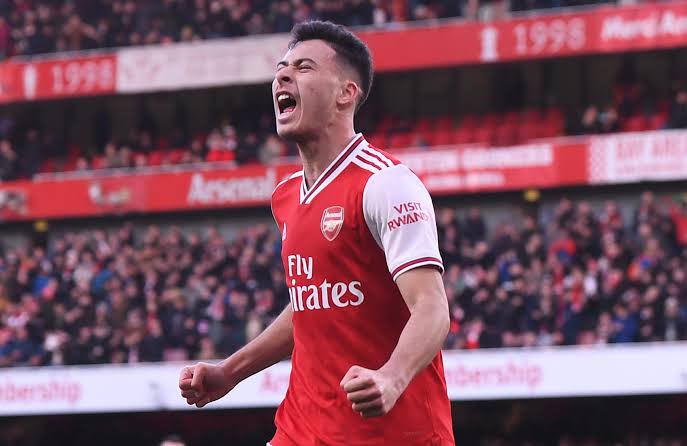 Martinelli had an instant impact on the match as he picked the ball and looked to drive past Olympiacos defender Ousseynou Ba who tripped him and got yellow carded.

The towering defender then earned his matching orders after receiving his second yellow card for unsportsmanlike behaviour to see his side play the final twenty minutes of the match.

Arsenal fans have been quick to notice the impact Martinelli had on this match after coming on.

"The Martinelli effect,that's what we can instant impact for your side."noted the first supporter.

"Martinelli's pressing has been relentless since he came on ,the boy is a Machine."waxed a second fan.

"He needs to start against WesthHam on Sunday,he is slowly finding his feet again."added a third fan.