By Kraimditectiv (self media writer) | 5 months ago

Barcelona have been given the leeway to complete Marcos Alonso’s transfer by Chelsea after the Blues recently completed the landmark signing of Marc Cucurella. According to reliable sources, Cucurella is considered a direct replacement for Marcos Alonso at Chelsea and that is probably why Tuchel is so relaxed about losing one of his star players. Alonso has already voiced his desire to join Barcelona and fortunately for him, Boehly has agreed that it would be for the best if he signs with a new club if he thinks that is the best option for him at the moment. 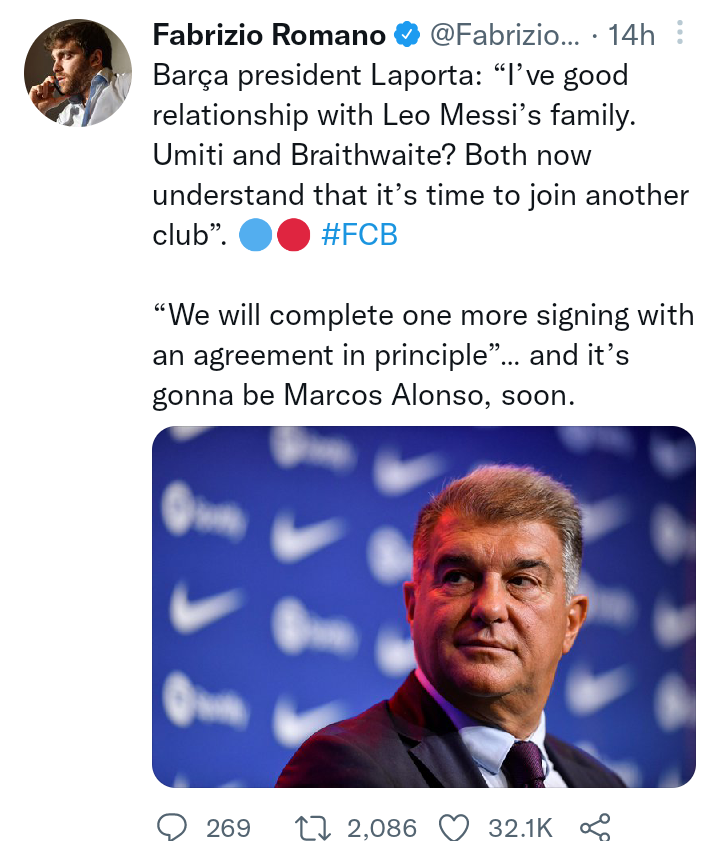 Barcelona have been pushing tirelessly to get the deal over the line for the past month but the progress made has been quite minute. “ We have been making consistent attempts in signing Marcos Alonso for the last four weeks but the developments have been staggering. We want to complete the deal as soon as possible so that we can avoid an impasse with the La Liga board. Unfortunately we cannot go any faster than our current pace,” said Laporta to the Spanish media. 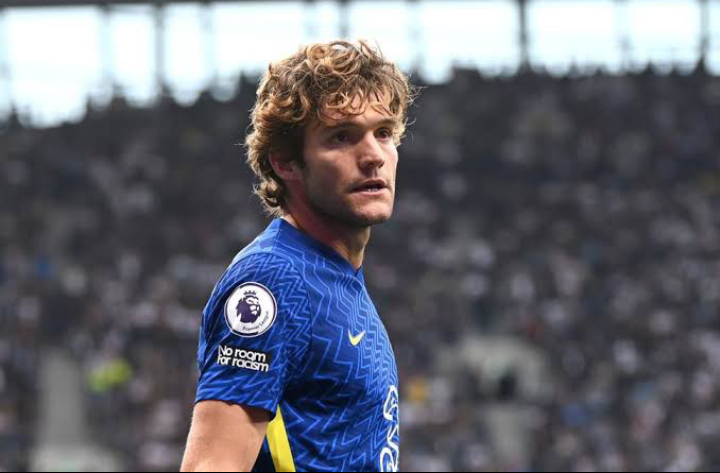 Chelsea and Manchester United target Benjamin Sesko has decided against moving to the EPL and has instead agreed to stay at RB Salzburg. The 22 year old striker has agreed to extend his contract with the Austrian club for six more years but will move to sister club RB Liepzig in 2023 as a potential replacement for Christopher Nkunku. Sesko and his agent took time to review the offers that were on the table and made an informed decision to stay since it is quite logical that at Chelsea and Manchester United he will struggle to get regular playing minutes. 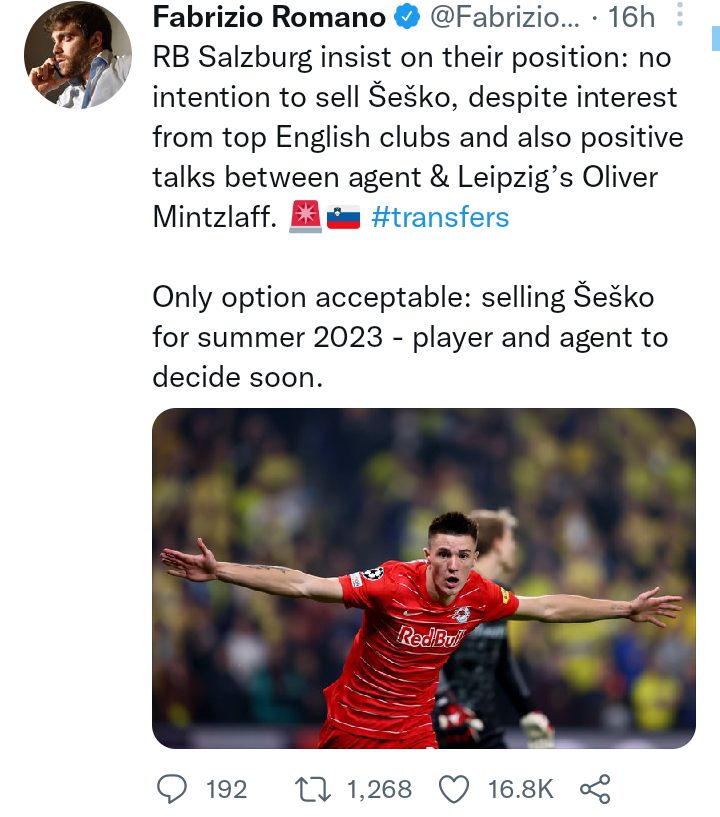 Chelsea are currently in a desperate position to sign a new striker especially after releasing Timo Werner back to RB Liepzig. Sesko stood out as a prime candidate for the high profile position at the club but unfortunately he turned down the offer before it was even officially tabled by the blues. Tuchel still has a few key options in his mind but the problem will be whether Todd Boehly will be able to sign them before the transfer window closes.