5. Ricardo Kaka - The Brazilian attacking midfielder managed to return to Sao Paolo in 2014. He was playing for Orlando City at the time. 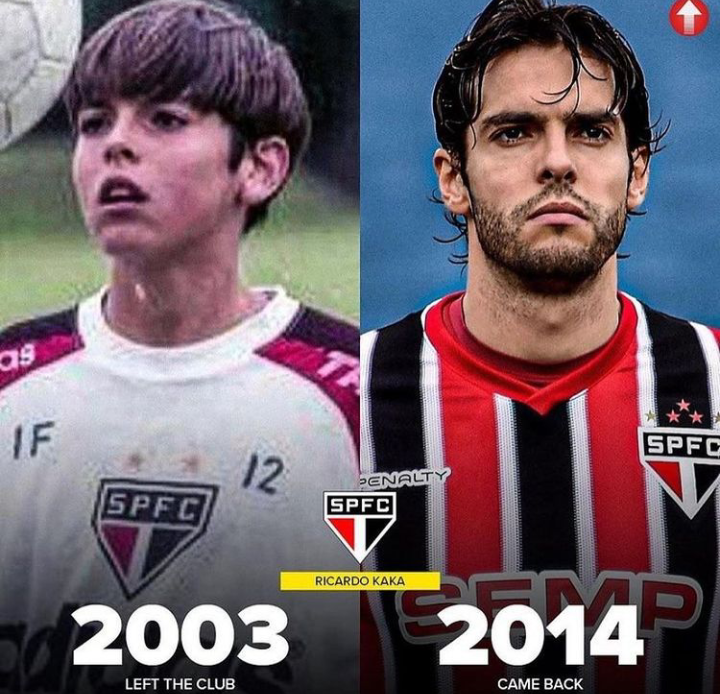