Real Madrid’s finisher Karim Benzema netted hat trick against Celta Vigo to become La Liga’s current top scorer after four matches. Real Madrid were the first to concede a goal on the fourth minute. Benzema equalized about a half an hour later but his joy was cut short just before half time. Celta Vigo found a crack in Madrid’s defense and scored beautifully.

Second half was Madrid’s moment to shine. Benzema punished Celta Vigo’s sluggish defense twice in a row by scoring and assisting Vinicious Junior to score. Celta Vigo tried to break Real’s defense a couple of times but their shots were stopped by Thebaut. Real Madrid’s new player Eduardo Camavinga scored his first goal for the club thanks to Lucas Modric’s tactics to break his opponents’ defense. The French midfielder scored just six minutes after coming in. 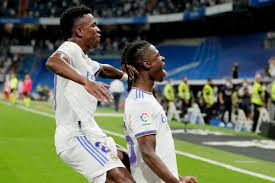 Benzema scored the last goal of the match to make it five. The French forward is now the first man with a hat trick in La Liga this season. He also added an assist to his tally to make it a total of four assists. Real Madrid won 5-2 and Karim Benzema was named man of the match. This was Real’s third win since the season started. The Spanish giant club is now leading on the tablea head of Valencia and Atletico Madrid in goal difference. 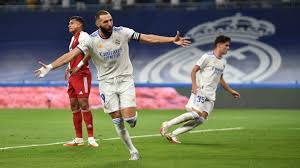