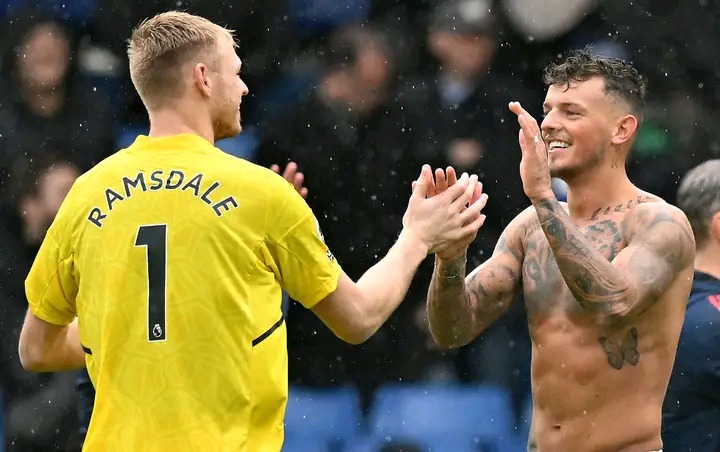 Aaron Ramsdale is ‘buzzing’ for Ben White and revealed he found out about his Arsenal teammate’s place in the England squad before his own. Gareth Southgate has called up three Arsenal players to Qatar with Ramsdale and White joined by Bukayo Saka. AFP Ramsdale and White have made it into Southgate’s final 26 Getty As has Gunners forward Saka Ramsdale and Saka were part of the Three Lions squad at Euro 2020 but it’s a first international tournament call-up for White, but Ramsdale insists it’s fully deserved....

The defender has been in superb form for the Gunners this season, despite being played out of position as a right-back.

He tells TalkSport: “I actually found out that Ben was in the group first and we were all buzzing for him and it kind of filtered through that me and Bukayo were in as well.

“The first reaction was we were just buzzing for Ben White.”

“Right-back is not his main position but it’s one which he’s excelling in at the moment.

“Obviously there area few injuries there in the group at the moment and him playing so well for Arsenal has helped him.”