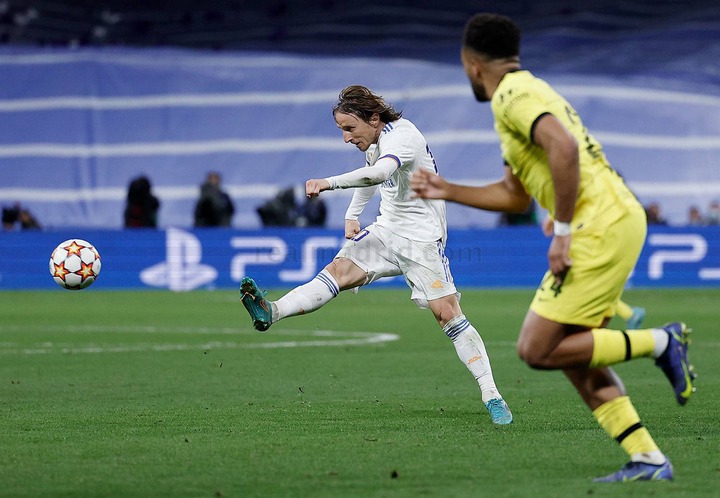 The latest big story in round leather has been Kylian Mbappe's decision to stay with Paris Saint-Germain even though many people thought he would leave for Real Madrid in the summer.

The France international refused to sign a contract committing his future to the French Ligue 1 Champions, even though they offered him a lot of money. His body language showed that he was ready to start a new life and take on a new challenge with Real Madrid. He also said that it had been his dream for a long time to play for the Whites. 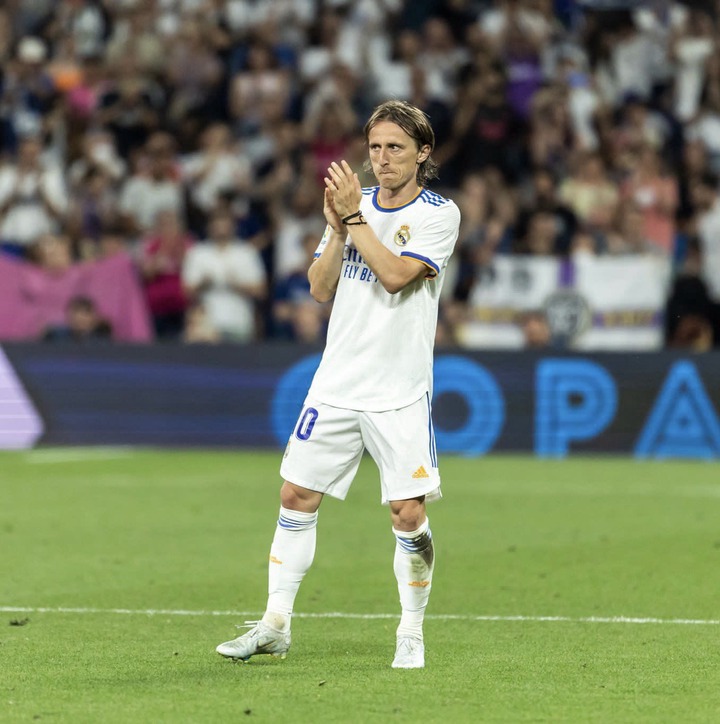 Reports in the media say that he has agreed to a pre-contract deal with Los Blancos. He also went to Madrid for lunch a few weeks ago, which made people feel more confident that his move to the Estadio Santiago Bernabeu is already set in stone. But then something unexpected happened.

Later, it was said that he had extended his contract to stay at Paris Saint-Germain. Many people were shocked by this news, and some of the best players of all time had mixed feelings about it. 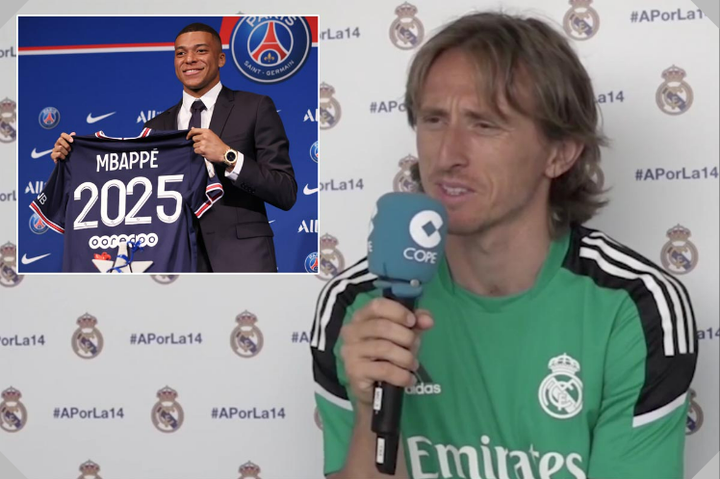 Using this as a point of reference, Croatian international and midfield enigma Luka Modric, whose contract with Real Madrid is also about to be extended, dug his own part of a response when asked about the situation surrounding his renewal at the club.

"I haven't extended my Real Madrid contract yet, but I won't do what Kylian Mbappe did, and I hope the club won't do it to me either." 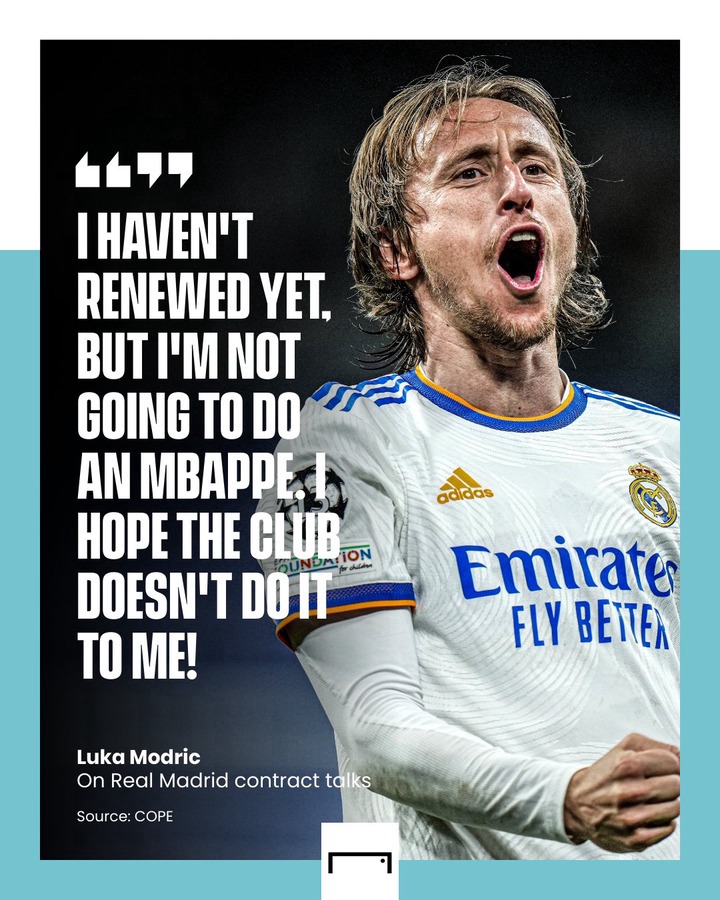 Then, it was made clear that Luka Modric will definitely sign a new contract until 2023 after the UEFA Champions League final this weekend against Jurgen Klopp's Liverpool team at the Stade de France in Paris.

Luka Modric, who will be playing in his fifth UCL final, was named the worst signing of the year by MARCA in 2012 after he moved from Tottenham Hotspur to Real Madrid. However, he has shown many doubters wrong with his good fighting spirit, and MARCA will now give him a legendary award in 2022 to honor his career as one of the best athletes in the world. 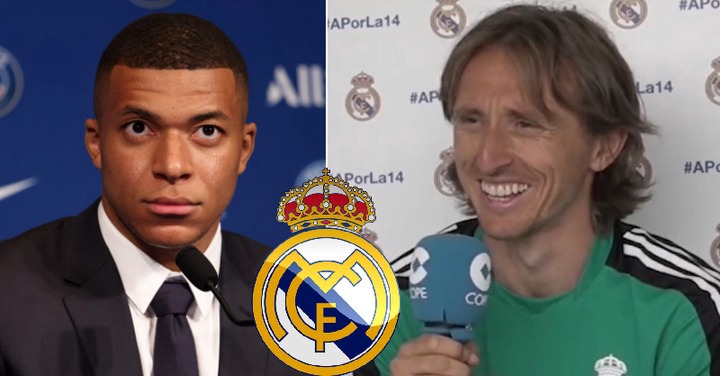 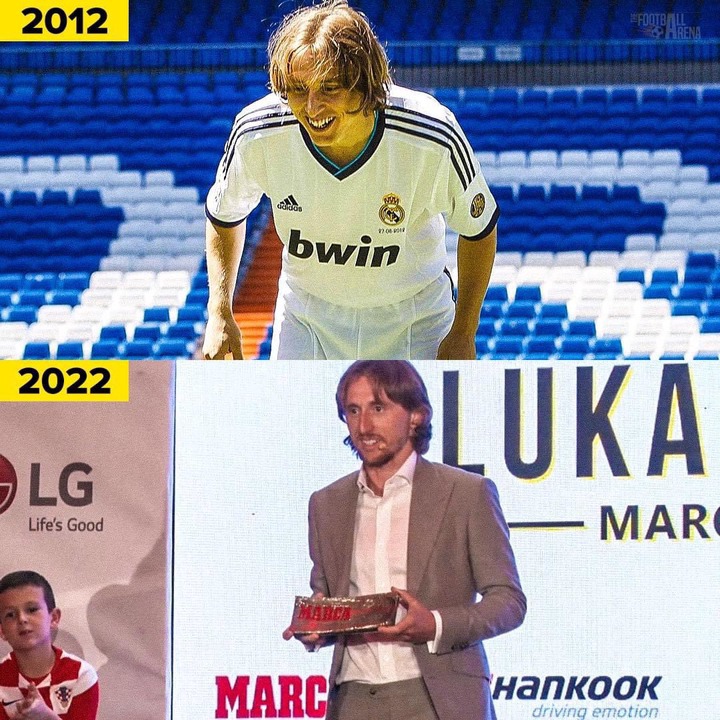