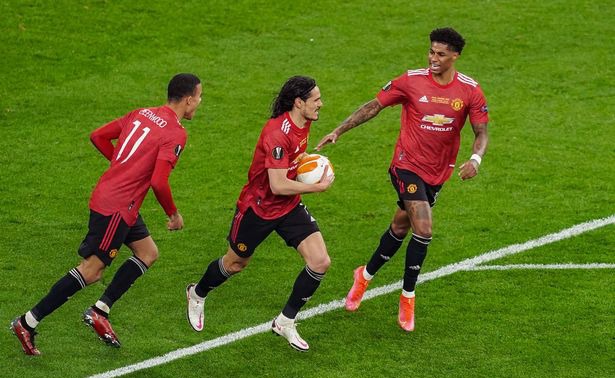 Yesterday Manchester United struggled to beat the Atalanta after they came down from 2-0 at half time to score three goals in the second half. Man United are now leading the group F of the champions league followed by Atalanta.

Man United Manager ole Gunnar Solskjaer must have learnt about the mistakes that he did before the break and consider squad rotation. Man United manager have.been struggling on the pair to play in the Midfield and their front three.

Man United must consider this starting 11 inorder to silence their toughest opponents this weekend.

David De Gea has been in good form since the start of the season with incredible saves in both the premier league and the champions league and their will be no need to drop him as he can do better even this weekend. He must start at the goalpost

Ole Gunnar Solskjaer must consider dropping Scott Mctominay since he has not been in good form since returning from the ankle surgery. He has been so sloppy. The return of Fred Rodriguez from International break has been a boost as he is so good playing as Defensive Midfielder.

Paul Pogba must start after he helped Man United to win against Atalanta yesterday. He came from the bench and bossed the Midfield. Paul Pogba should be used as a pivot between him and Fred Rodriguez as the Portuguese Midfielder Bruno Fernandes gives the attacking option.

We must all agree that Cristiano Ronaldo can't be benched because he understands the premier league. Mason Greenwood must be rested and Sancho to start. Greenwood has not been in his good form since the season started.Edinson Cavani has been so good with his pressing ability and his attack is a threat to the opponent.

Ronaldo and Sancho should be used as wingers and Cavani as a center forward.

Disclaimer: This article is based on sports analysis and it is an opinion.