LEWIS HAMILTON Calls For Action After Racist Epithet About Him

By Flossin (self media writer) | 7 months ago 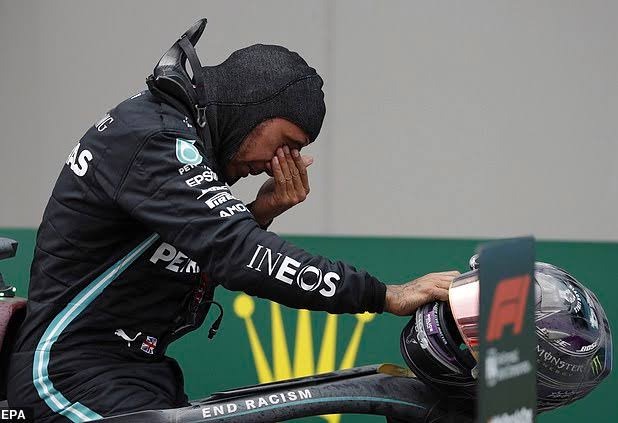 Lewis Hamilton has called for action after a video surfaced online with the three world champions Nelson Piquet using racist language when speaking about Hamilton. Lewis expressed his anger in a tweet that read:" archaic mindsets need to change and have no place in our sport". 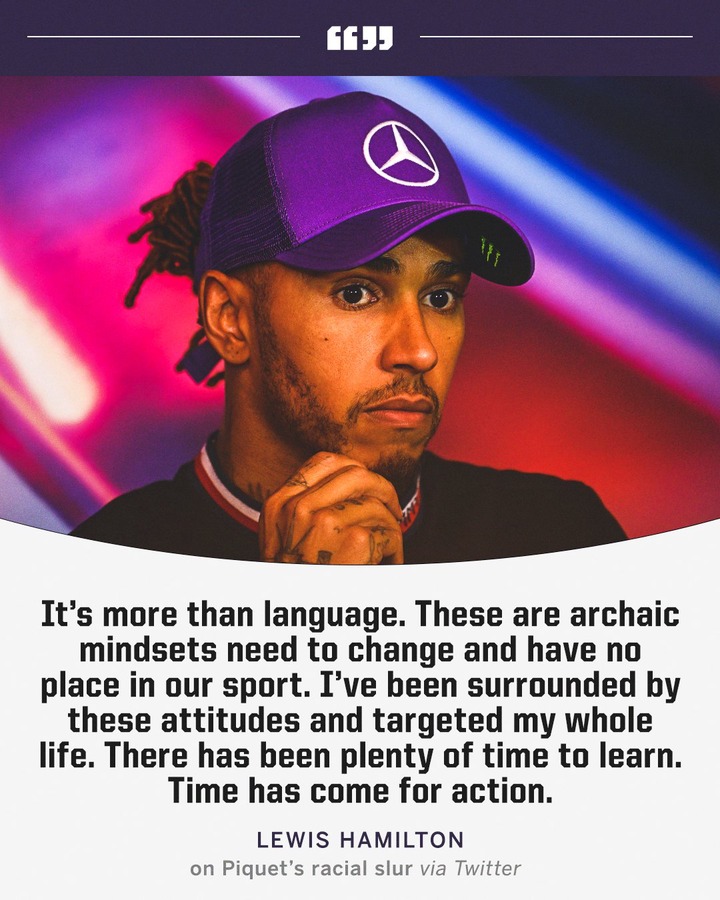 Piquet was describing Hamilton's collision with Red Bull's Max Verstappen at the British Grand Prix in 2021, which resulted in the Dutch driver sliding off the track and sustaining a significant impact with the barriers, to Motorsport Talk's Ricardo Oliveira in Portuguese back in November.

CNN broadcast his statements as he mentioned the incident when Brazilian media outlets picked up the video of the conversation. It contained a slur that is equivalent to the N-word.

Mercedes and the Formula One team have condemned piquet's sentiments which said" Discriminatory or racist language is unacceptable in any form and has no part in society" Mercedes have also praised the 7-time world champion's efforts to promote anti-racism and diversity by saying" Lewis is an ambassador for our sports and deserves respect. His tireless efforts to increase diversity and inclusion are a lesson to many. 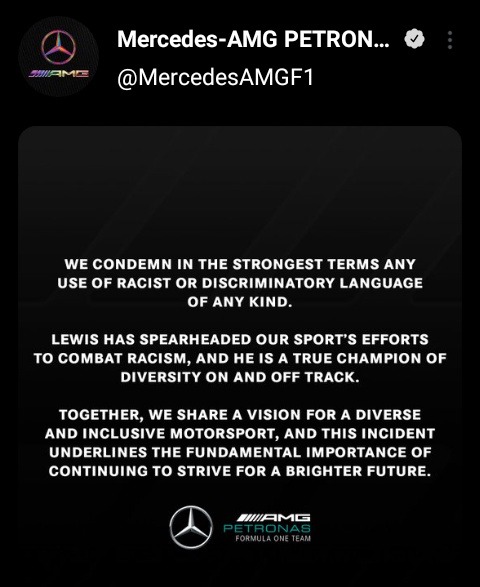 Lewis Hamilton has called for necessary action to be taken as there has been plenty of time to learn.

Content created and supplied by: Flossin (via Opera News )