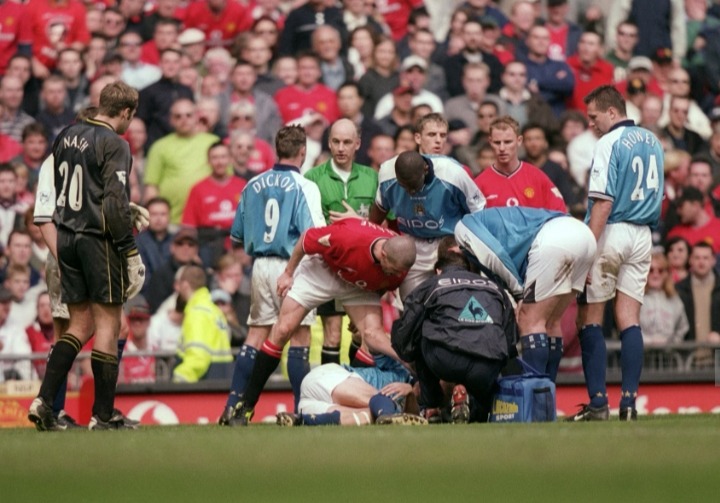 Eric Cantona was sent off for kicking out Crystal Palace defender Richard Shaw. As he walked off the pitch, a Villa fan provoked the ever furious Man United star. Cantona went Bruce Lee, aiming a flying kick into the Palace fan in the crowd. He was to serve a three match-ban but instead FA struck him with a 8-month ban and additional £100k. 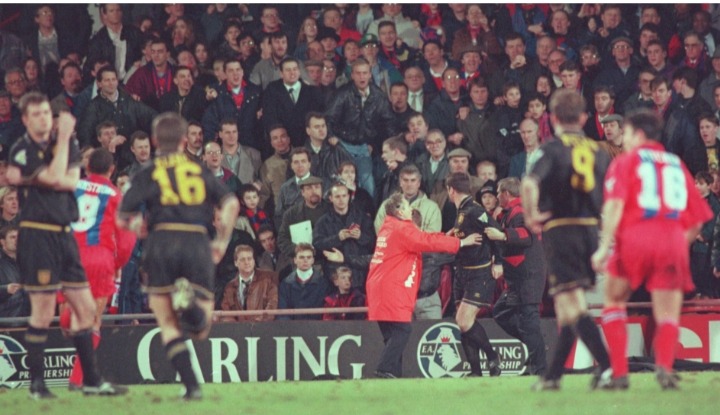 Paul Gascoigne had all the footballing world at his feet yet he made this brutal tackle. Paul horribly lunged into Nottingham Forest, Gary Charles' legs with studs too far high up. Ironically, its Gascoigne who got himself hurt with his cruciate rupturing. 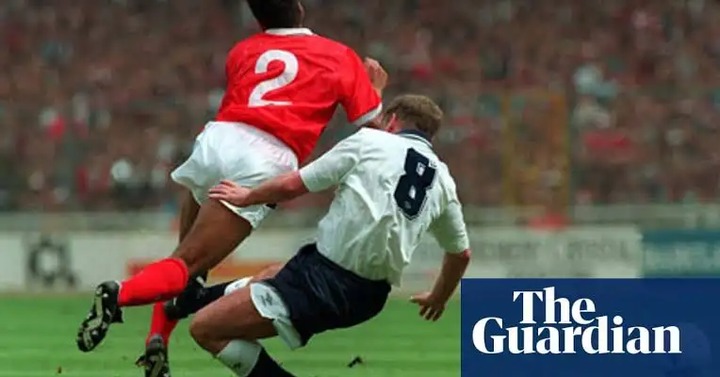 Denis Irwin slid from one side while Brian McLair came from the other, sandwiching Busst's leg as they played Coventry. Busst's right leg sustained compound fractures delaying the match whilst blood was cleaned off the tuff. 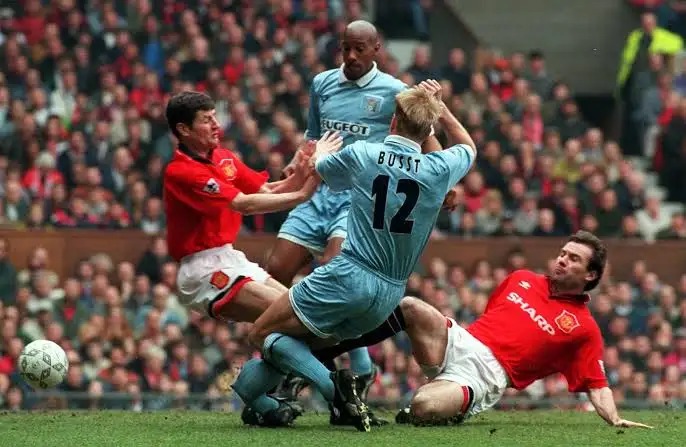 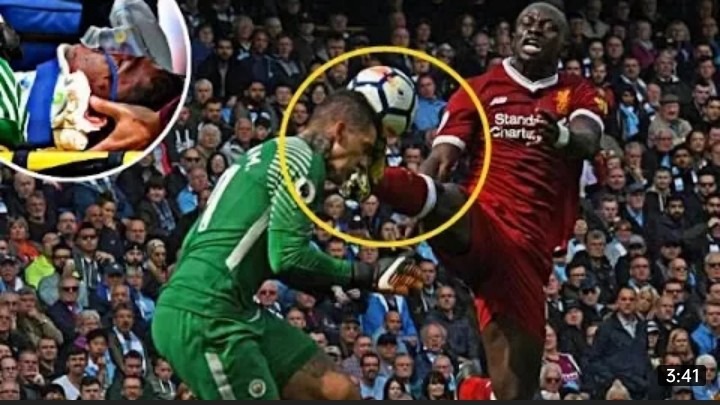