By Onlinequeenwrites (self media writer) | 1 month ago 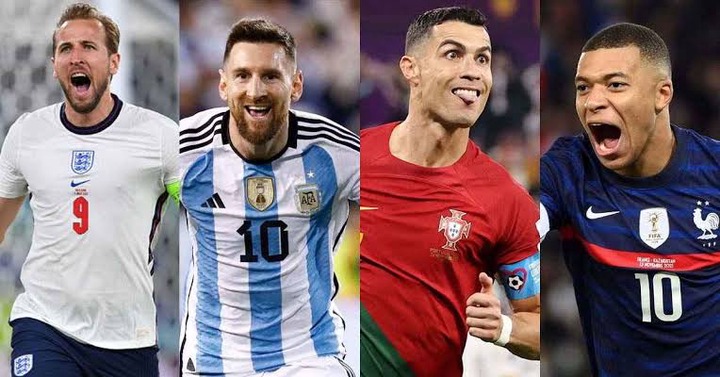 From the continents that I have mentioned, Africa has been represented well by Morocco who downed Spain through penalty shootouts that saw Spain missing all their first three penalties. Elsewhere Portugal thrashed Switzerland five goals to one and joined Morocco in the quarter finals. Brazil who won four goals against South Korea will be playing Croatia who removed Japan through penalty shootouts. 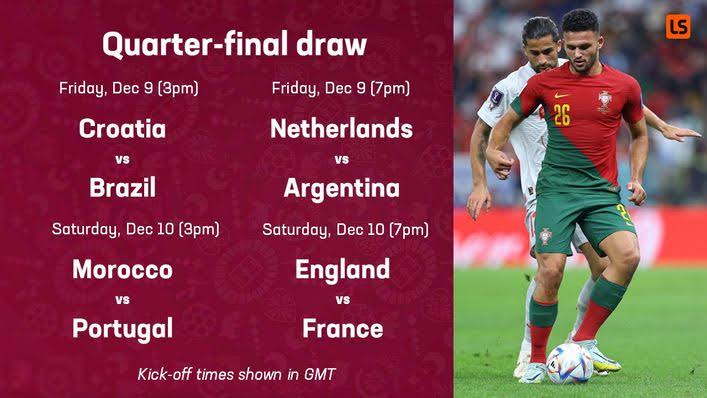 England won three goals to zero against Senegal and proceed to play with France at quarter finals who removed Poland. Argentina will be facing Netherlands in another quater final match after removing Australia and Netherlands proceed after getting a win against USA.

According to my own opinion I think that Brazil will qualify to the semi final and will win their match against Croatia, Argentina might remove Netherlands, England for the first time in years might reach the world cup semi finals while Portugal might qualify if they defeat Morocco. This means the semi finals will have teams like Argentina facing Brazil will England facing Portugal.

Argentina has the best players just to mention Messi, Angel Dimaria and others while Brazil has been the best teams in this world cup, my prediction is that Brazil might win and proceed to the finals while England are likely to defeat Portugal. The finals will have Brazil Vs England playing and Brazil are likely to take the trophy back to South America.

What is your prediction? Which team do you think will proceed to the next round and who will be the overall winner of the world cup trophy? Leave your comments below and kindly follow for more updates. 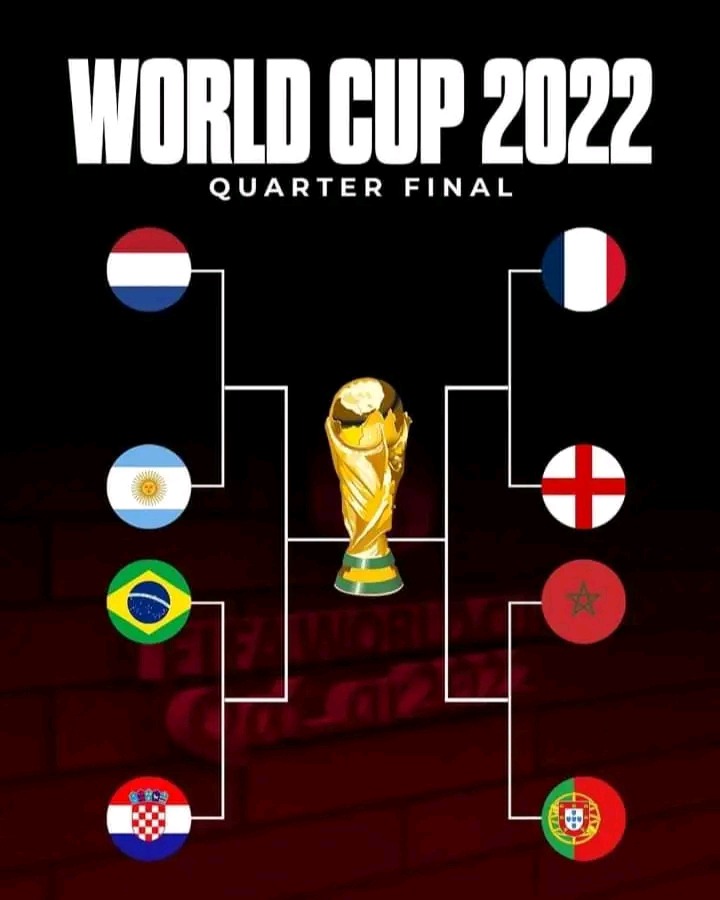 Content created and supplied by: Onlinequeenwrites (via Opera News )