Five(5) Exciting Multibets To Place On This Friday 8th October

By PerestheSuperAnalyst (self media writer) | 12 days ago

Slovenia struggled to break clear of Malta when the sides met in Ljubljana last month and they could be largely kept at bay once more in this Friday’s reverse Group H fixture.

Matjaz Kek’s charges claimed all three points in September’s contest, but only via a Sandi Lovric spot kick on the stroke of half time as Malta remained untroubled for the majority of the match.

Qualification for Qatar 2022 looks beyond the Slovenians who have just seven points on the board from a possible 21, and that’s mostly down to their failures in front of goal. Slovenia have netted just four goals in total across their Group H outings, while they’ve only scored more than once in two of their last 13 internationals.

BULGARIA U21 VS GIBRALTAR U21.

The hosts have won four matches,lost seven matches with three matches concluding in draws.The goal difference is 20-11-in favour of the away team. 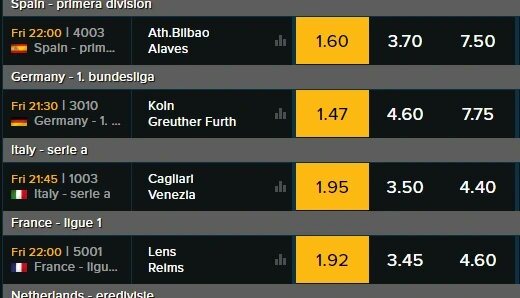