By CrazylassSports (self meida writer) | 24 days

Jose Mourinho lost a game against Manchester united who were out to revenge from the 6-1 thrashing. Mourinho has however criticised some of the decisions in the game that led to the defeat. His future is now in shambles after Tottenham's bid for top four seem to have died. The Portuguese manager claims that he is fighting to remove some mentality which is rooted in some players who don't believe in winning trophies. It however remains uncertain whether he will remain the coach until next season. 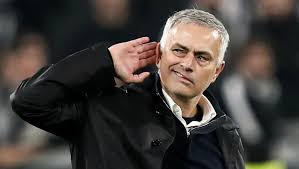 Mourinho has today compared Chelsea player with Kevin De Bruyne and Fabregas. He gauged him in terms of passing accuracy. He heaped a lot of praise on Italy player Jorginho. He claims that he watched him play against Crystal Palace and was amazed with his passing accuracy. Jorginho is gifted to pass the ball accurately. He has low physicality and slow pace. His fast and short passes help him very much. He relies greatly on a double pivot to deliver good performance. Mourinho thinks that he is the only player in the Premier League who has paasing accuracy close to De Bruyne and Fabregas. He further stated that if he improves his physical ability, he will be a midfield maestro. He also thinks that Jorginho fits into Tuchel's system which does not expose when counterattack football is played by opponents.

Chelsea fans do you agree on Jorginho being compared with Fabregas and De Bruyne in terms of passing accuracy? Drop your say below.