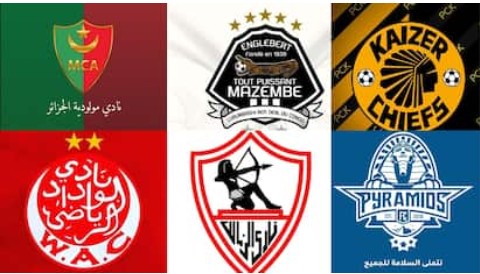 There are some richest African football clubs that have been reigning the football scenes for a very long time and they have recorded far wide success and are worth billion'a of Kenya shilings just like the other European football clubs.

Below is a list of these too five richest football clubs in the world.

It's an Egyptian football club and they do have a total networth of $28 Million.

Al Ahly SC is also the most successful African football club and they have win several titles in the continent.

This is a club from Egypt and it do have an approximated networth of $22 Million.

Pyramids FC also have made lots of money from sponsorship deals and even endorsements.

This is the fourth richest football club in Africa and although they are not much popular, they have several trophies in Tunisian league and even down continental cups.

They do have an approximated networth of $20 Million.

This is the fifth richest football club in Africa and it's appromately worth $18 million, that is 1.8 Billion Kenya shillings.

They also do enjoy huge sponsorship deals and makes other lot's of money from the sell it players.

Tuesday's Expertly Researched And Predicted Matches To Watch Out

Stake on These Five Analyzed Matches And Reap Huge