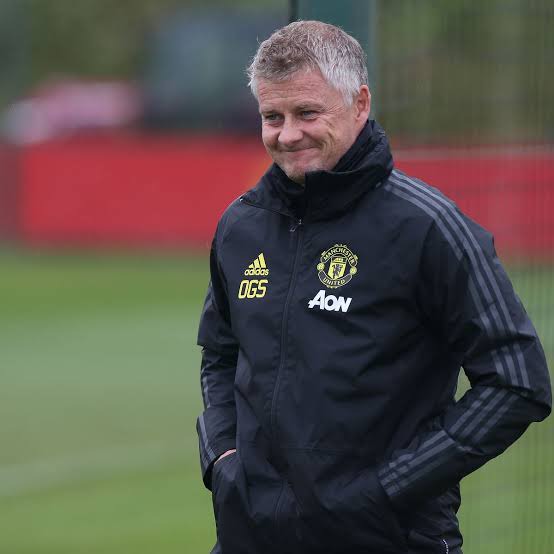 There were tensions witnessed today at the AON Training complex Famously known as the Carrington training center where Manchester United Players train ahead of football matches.

A day that had started almost normal turned chaotic after fans blocked the entrance and exit doors at the training complex. The angry fans were chanting philosophies of The 'Glazers out' following a breakdown in the relationship between Manchester United owners and the fans. 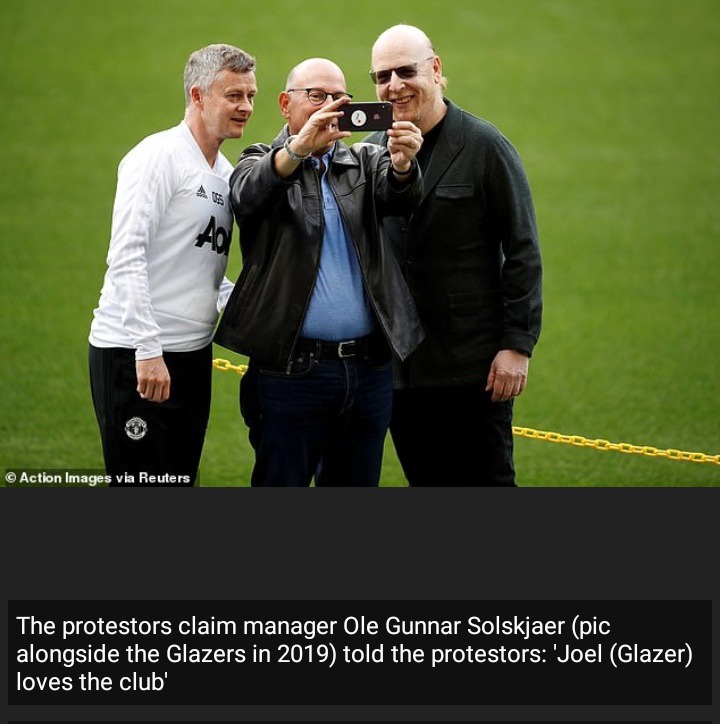 The relationship between the two worsened after the move by Manchester united owners To sign up for the Super League which had brought together 12 superpower teams that were Exiting the UEFA Champions League. 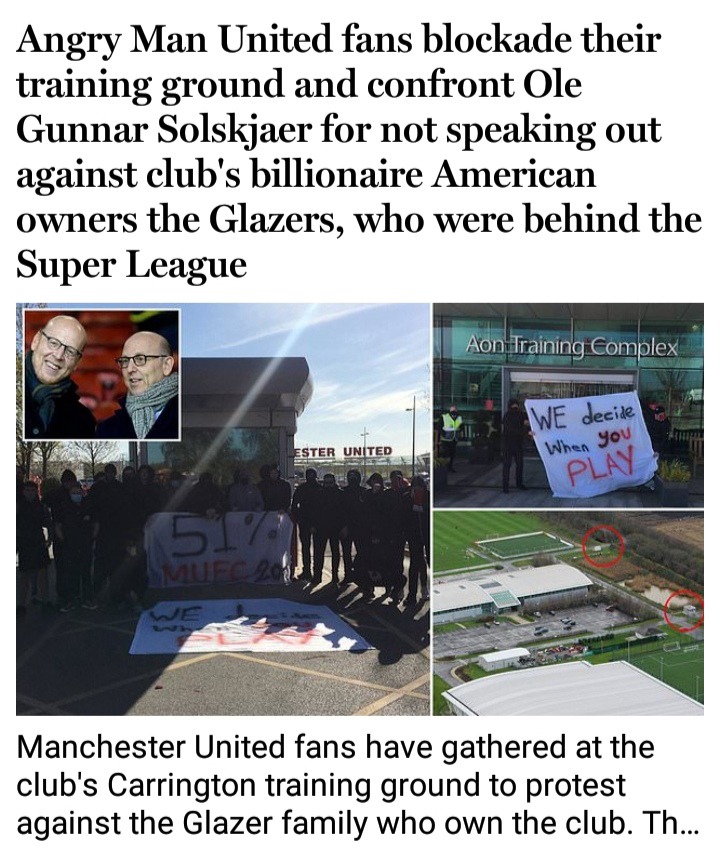 Fans who had lined up at the AON training complex are reported to have blocked Manchester united Ole Gunnar Solskjaer and confirmed him for his failure to speak out against the Glazers' decision. 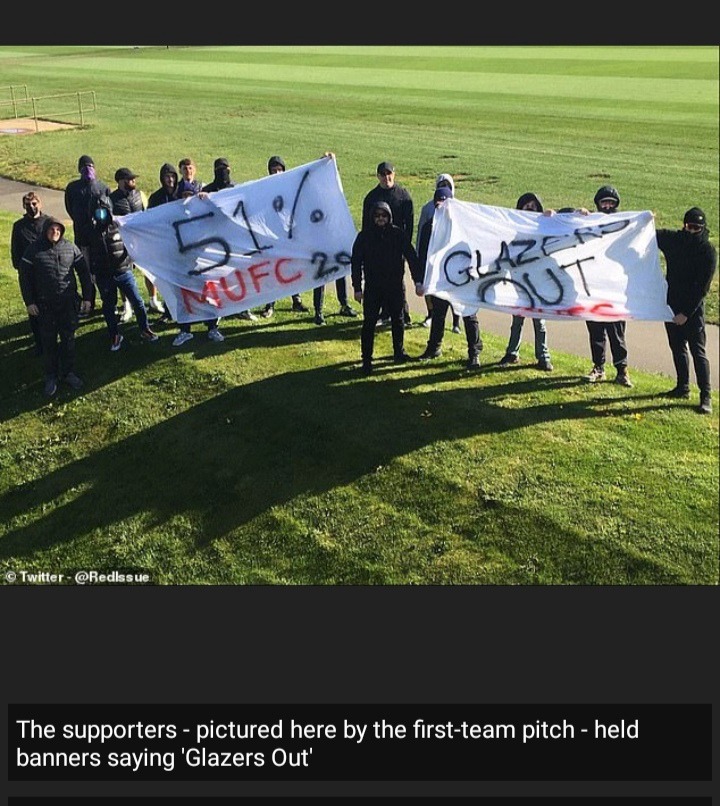