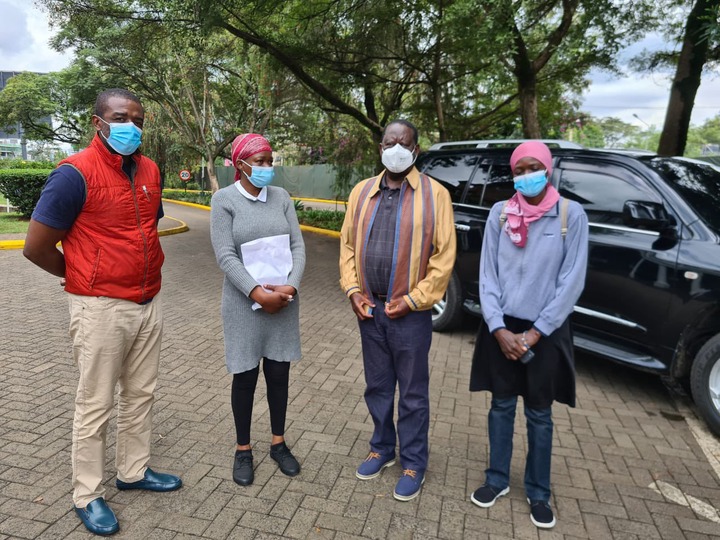 The details have been revealed through his official social media accounts where he noted that he will stand with the family through prayers and encouragement.

"I met the family of Kenyan Rugby legend Benjamin Ayimba who is currently hospitalized to offer prayers, encouragement, and extend support to them. You are in our prayers Benja." https://t.co/Q2HVhLGCqN 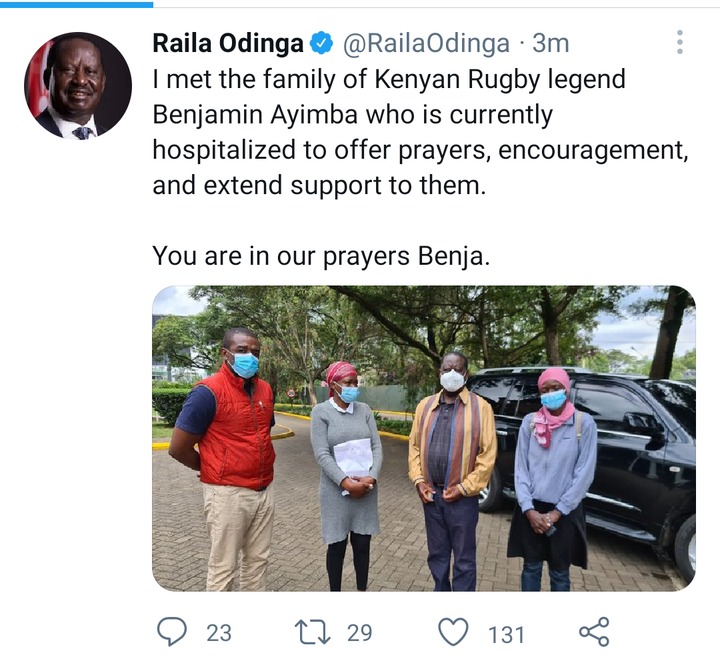 Nairobi county senator Johnson Sakaja took to Twitter on Saturday to disclose that Uhuru had pledged KSh 1 million which will go towards the legend’s hospital bill.

The former Kenya Sevens and 15s captain is critically ill and fighting for his life in hospital following a bout of cerebral malaria.

Ayimba, who is best remembered for masterminding Shujaa's historic triumph at the 2016 Singapore Sevens tournament-Kenya's first-ever title at the World Sevens Series, has not been seen in public since the beginning of the year.