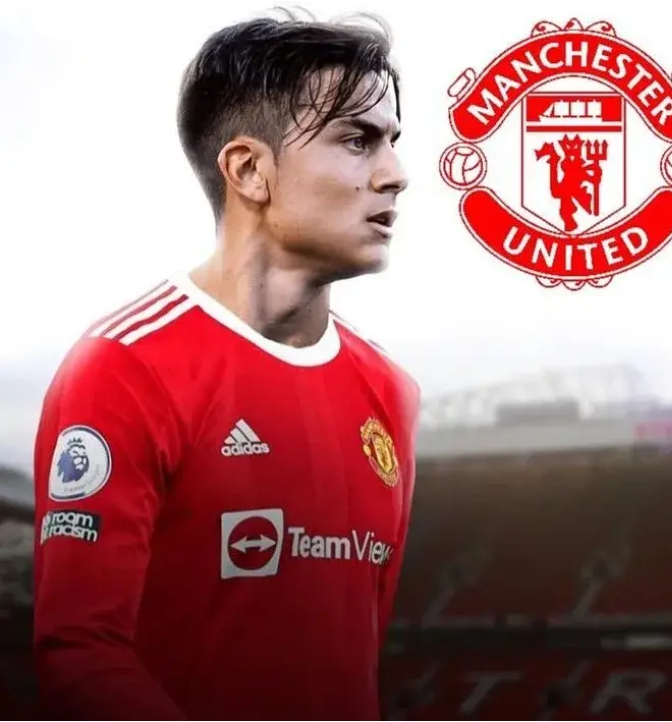 It is another wonderful day in the field of football as transfer window is still open and teams are pushing to get the best outcome of this wonderful period.

Today one of the news that emerges is that Manchester United have successfully completed the signing of Dutch and Feyenood left back Tayrell Malacia as incoming manager Eric ten Hag has been the admirer of the player during his spell at Ajax. 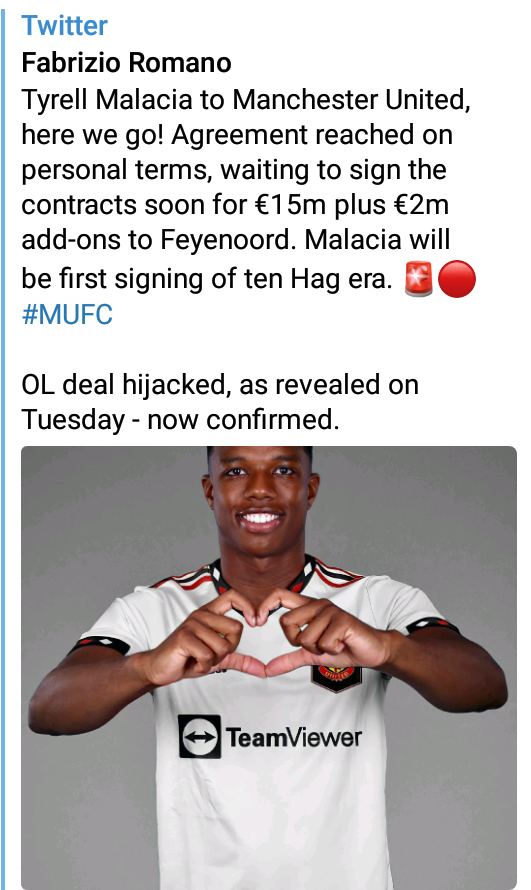 The deal was hijacked from Olympic Lyon who had already agreed with Feyenood but United submitted a higher offer which forced the Dutch side to change their minds for the player to join old trafford. Chelsea are still pushing to get the deal of England international and Manchester City winger Raheem Sterling as direct contact between the two sides are reportedly have taken place with talks expected to continue in coming days. 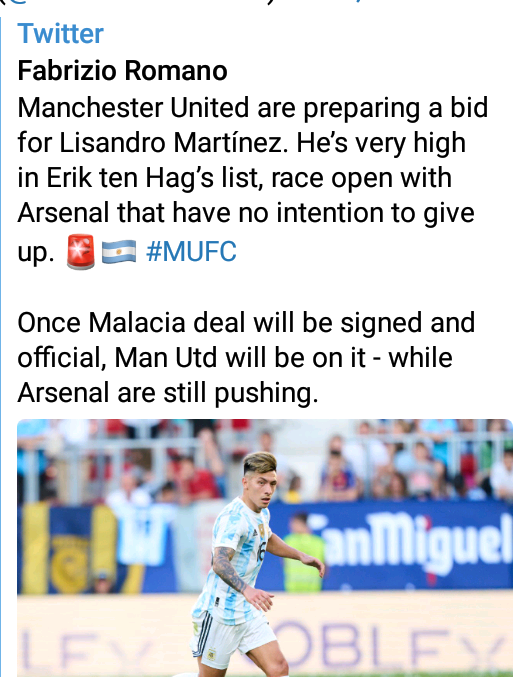 Manchester United are reportedly preparing an offer for Argentinian defender Lisandro Matinez who enjoyed working under the leadership of Ten Hag at Ajax as their rivals Arsenal are also keen on the deal. 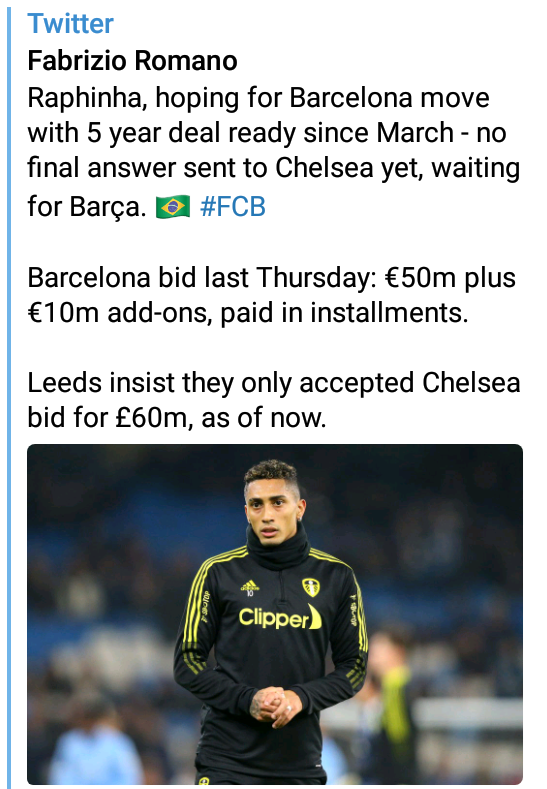 Only few days after rumours circulated around linking Brazilian and Leeds United winger Raphinha with a move to Chelsea some sources have identified that the player is not interested in the deal instead is admiring to go to Barcelona which is his boyhood dream club as camp Nou side are ready to make an offer.