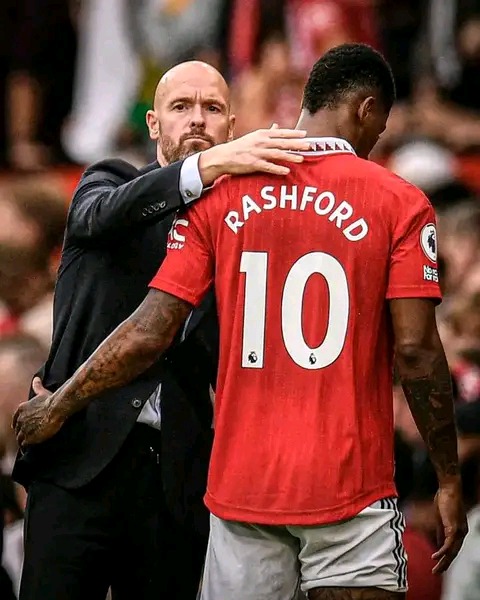 Eric Ten Hag was announced as the new Manchester United manager towards the end on last season. He however took over officially as the manager of the club at the beginning of this season.

He has overseen alot of changes in the club as a number of activities are now being carried out according to his demand. The changes he brought to the club has already started baring fruits as that could be seen on the United performance on the pitch.

United player who has benefited the most has been Marcus Rashford. Rashford broke into the Manchester United first team back in 2016 when Luis van Gaal was the manager.

Since he broke to the seen in 2016, Rashford career has been on a steady rise until last season when his performance went down after recovering from the shoulder surgery which had been disturbing him.

Last season Rashford could not nail his starting place in the United place under Ralf Rangnick. Ten Hag has worked with Rashford in training now he is gaining his confidence.

This season, Rashford has been deployed as the main striker in the absence of Anthony Martial. He has not disappointed as he has already scored three goals and two assist from six matches.

Ten hag has now revealed that he wanted Marcus Rashford to be a star of his team and he wanted to develop him for the present and future. He viewed Rashford as untouchable. Rashford contract is set to expire in the summer. United need to move faster in order to avoid losing him for free when his contract expires next summer. 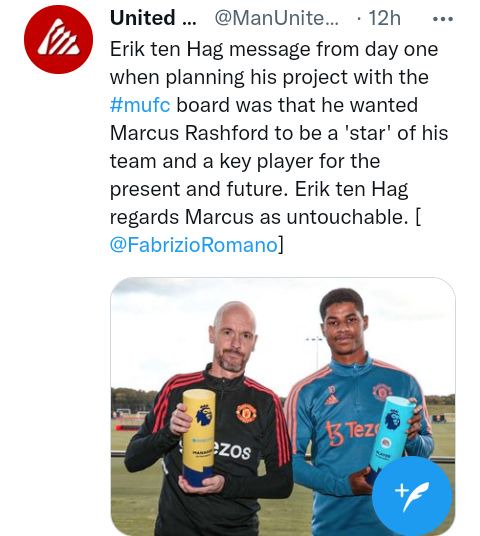 What Students From Zagreb University, Croatia Did In Respect Of 147MU Students Killed By Al-Shaabab