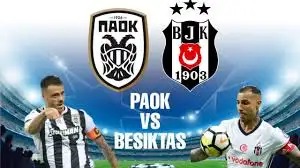 The Turkish side also have lost 4 of their last 5 away matches in Europe.

PAOK fc on the other hand have scored 2 in 3 of their last 4 home Champions League Matches.

Play on PAOK to win, two teams to score is also possible.

Tirana fc lost to nil home and away in their last European match last season.

Play on Red Star yo win this match.

Viktoria Plzen fc lost all their away matches and in their opening games in all European competitions last term.

AZ on the other hand,. won 5 of their last 6 Eredivisie games last season.

AZ also didn’t concede in any of their first 4 European qualifiers last term.

Play on Az to win this match.

The hosts also have scored just one goal in all five home European wins.

Play on Riteriai to win or draw.