Here are the most recent Manchester United updates following their victory over Crystal Palace. 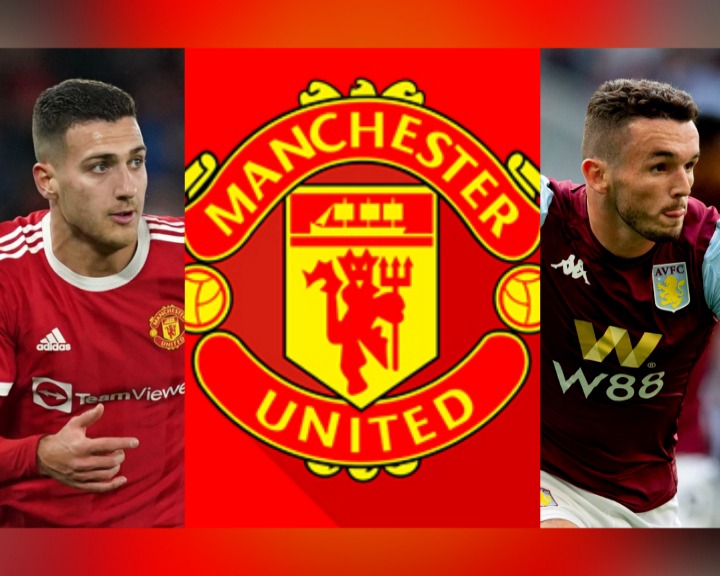 Does Manchester United require Ousmane Dembele, given the club's abundance of attacking talent? That is a question that United fans will have to ponder given that the latest reports claim that Manchester United are firmly in the race to sign Dembele on a free transfer next year after his contract with Barcelona expires. According to reports, Dembele and Barcelona are having difficulty negotiating a new contract for him because it is believed he has already decided to leave the club, thus Manchester United's interest. Newcastle are also said to be interested in signing him. 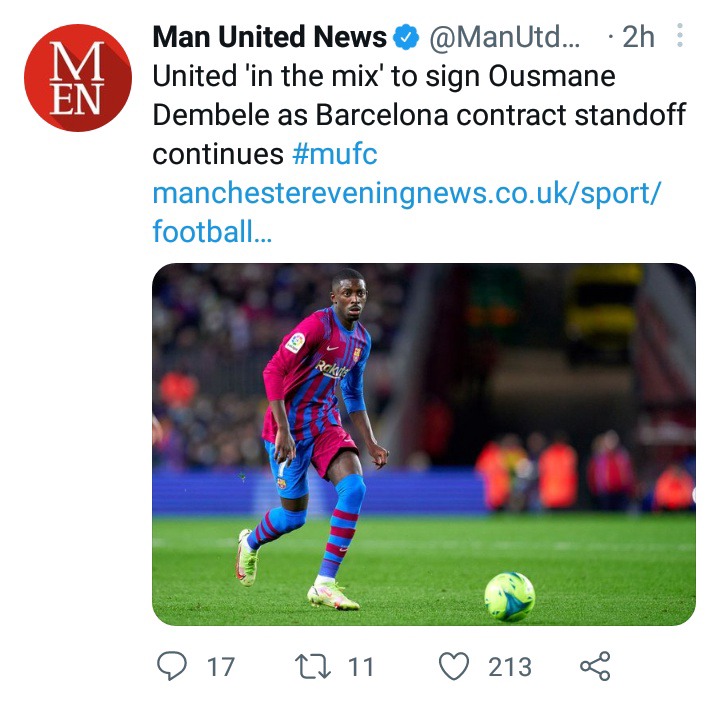 Even though Manchester United's midfield appeared to be intact in Rangnick's new 4-2-2-2 system against Crystal Palace, The Sun claims that Manchester United are not willing to overlook the flaws that have been evident in their midfield and are currently profiling some of the top Premier League midfielders with the option of signing one as early as the winter transfer window. Aston Villa's John Mcginn, who is valued at £50 million, is thought to be the frontrunner in the race to be swooped by United due to his lower price tag when compared to other top targets Kalvin Philips and Declan Rice. 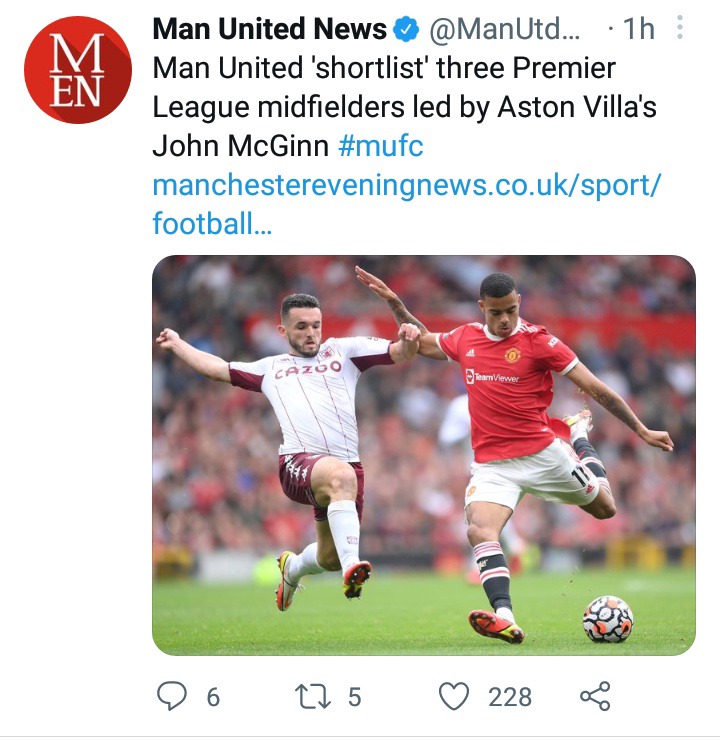 Is Diogo Dalot becoming the star he was tipped to be when he burst onto the scene at Manchester United? Watching him confidently rock United's right wing in recent games demonstrates how he is progressing from strength to strength. Wan Bi Saka should be concerned because if Dalot continues to be given minutes, he opens the door to the possibility that he could be the right back who can revolutionize United's right wing.

After his brilliant weekend performance, he opened up about his mind set on flourishing at Manchester United and indirectly made it clear that he is ready to fight for his chance, dismissing the growing links linking him to AS Roma: "[On playing] That's why I'm here. It’s not easy when you're outside [the starting XI] and you don't play as much, but it's our job to keep ready, and I think I was doing a fantastic job outside the pitch being ready,"

"When the opportunity comes, I now feel I need to keep going and give everything when I'm on the pitch too." 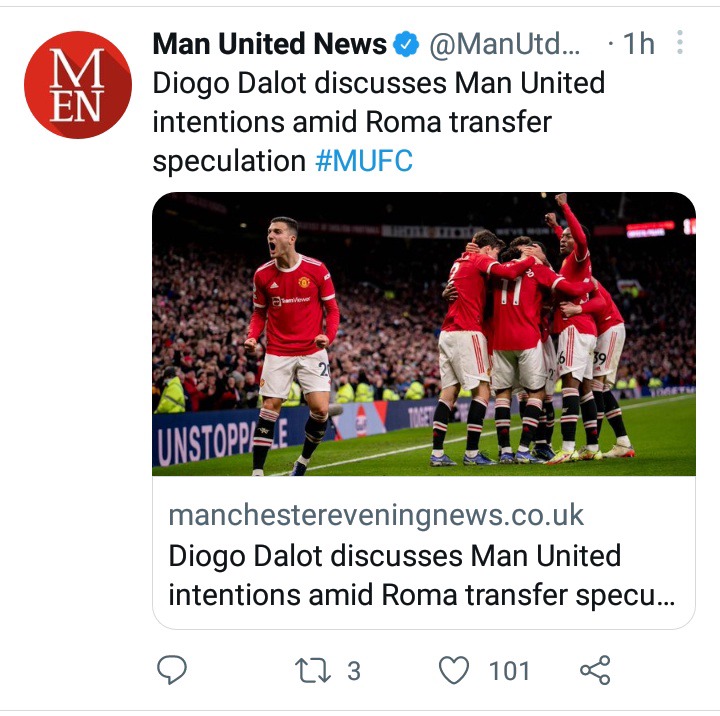