By Brant (self media writer) | 5 months ago

Leicester City blew a 2-1 lead to lose 3-2 to Tottenham Hotspurs in just five minutes of added time at the King Power. Maddison had put Leicester ahead in the seventy sixth minute and they looked as though they would see the game out only for super sub Steven Bergwijn to score twice in two minutes , the 95th and 97th minutes. 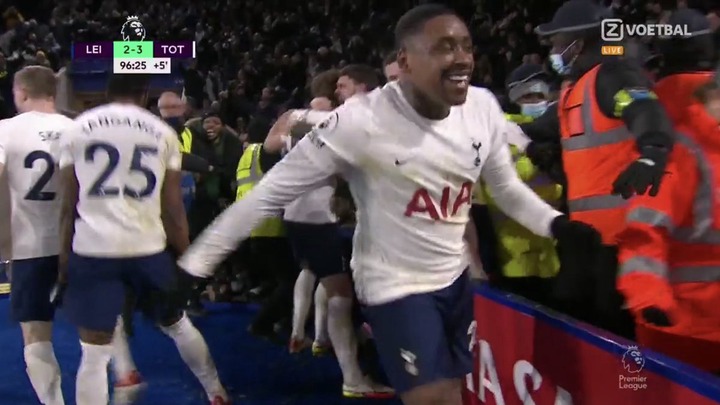 In a desperate attempt to salvage at least a point Antonio Conte subbed on Bergwijn with twelve minutes remaining. The twenty four year old has been subject of an 18£m pound offer from Ajax but that price might just go up after tonight's heroics. He went straight into the thick of things , getting booked after shoving Soyuncu to the ground. He would however have the last laugh bundling the ball in after Doherty had chested it down in the penalty box . Minutes later he was through on goal from a Harry Kane through ball and with only Schmeichel to beat he rounded him and his shot went in off the post. The spurs bench went wild. 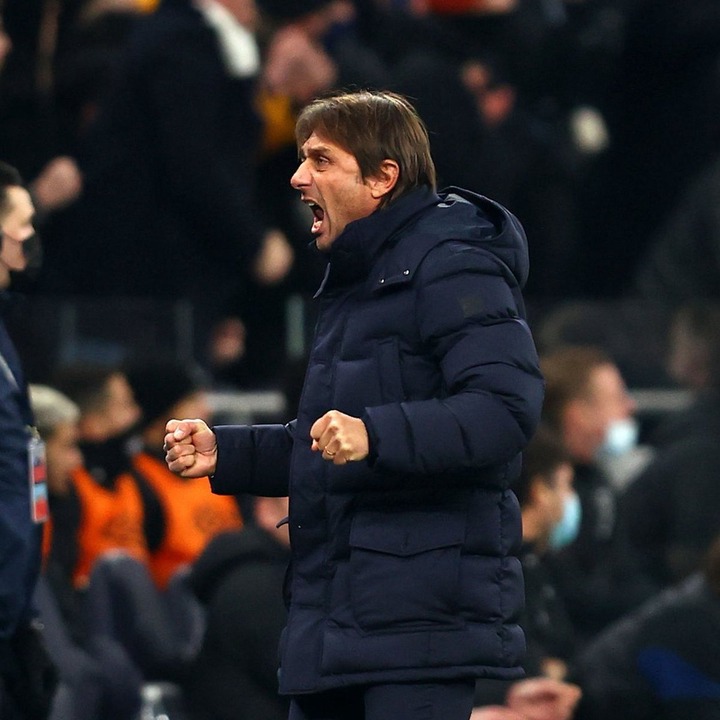 It was a brilliant game of football and on the balance of play Tottenham deserved the three points. They had wasted so many glorious opportunities in the first half and Leicester were lucky to go into the break level . The second goal was a thing of beauty from James Maddison as he played a deft touch to Harvey Barnes who retuned the pass and Maddison shot was deflected and went in off the post.

It seemed like a masterclass from Brendan bringing on pacy Barnes for Daka who had opened the scoring. Daka finished well after spurs defense made a mess out of a one two from the Leicester players. 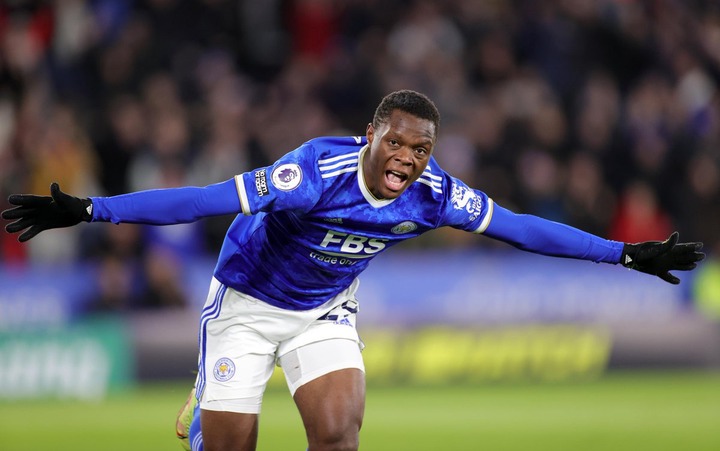 Spurs missed a succession of chances but finally equalized through Harry Kane after spurs won the ball in midfield. 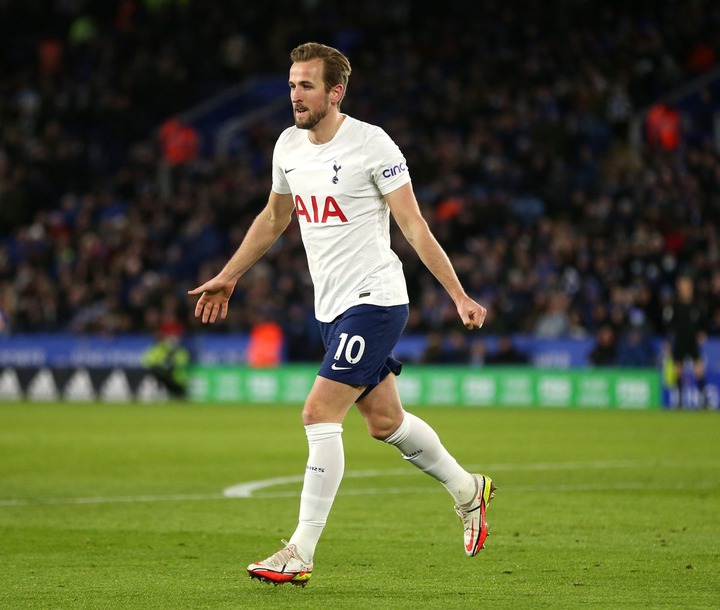 Barnes caused havoc on the counter and could have scored after dribbling past Sanchez only for his shot to get blocked by Højberg.

Leicester were being overrun in midfield throughout the game with Youri Tielemans having one of his worst game off the ball. It came as no surprise that Tielemans was the one to lose the ball in midfield for Spurs' third goal. 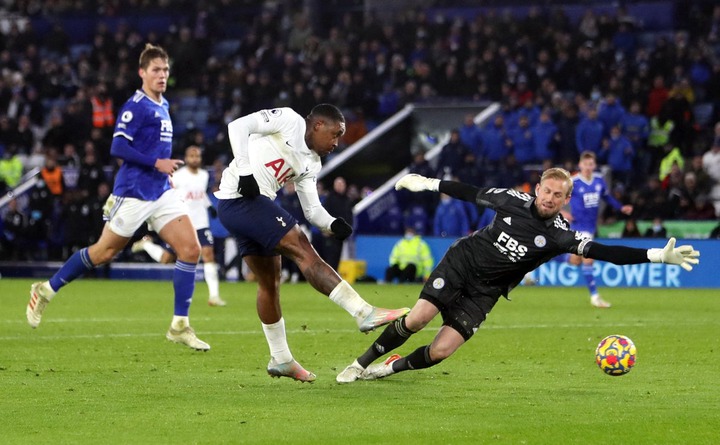 The win lifts Spurs to fifth place on 36 points with three games in hand on West Ham who sit fouth. Conte will be desperate for new signings to continue his push for top four.

Leicester sit tenth but with three games in hand on those above them.

The premier league has delivered yet another belter ! What a match!