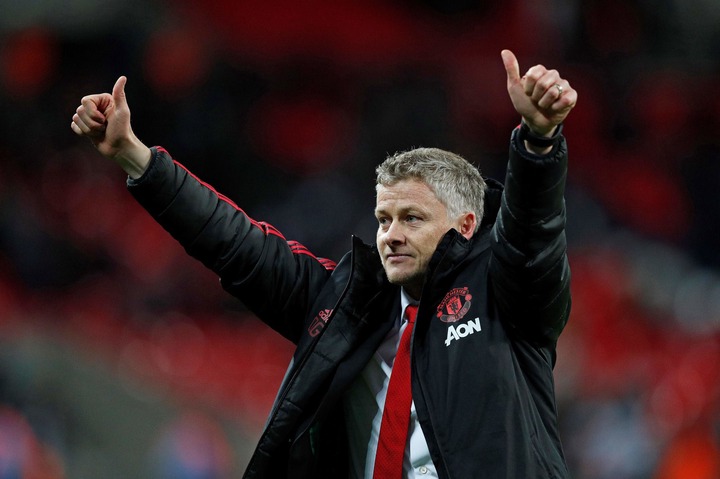 Man United fans woke to suprising morning news over the sacking of their manager Ole Gunnar Solskjaer. The Norgewian and United legend was appointed to the managerial position by the club in 2018 and he has spent close to 3 years in the club.

He had a promising start to the season after taking over from his predescessor Jose Mourihno who had fallen under pecking order. Mourihno has strained relationship with a number of key players like Paul Pogba.

The 48 year-old ammended and healed the deeply divided squad and came back to winning ways. He was soon after offered a 3 year contract after a successful interim time.

However, he has not lived up to expectatioms after things started going against the wishes of the fans even after being over 4000 millions to spend in strengthening his squad. 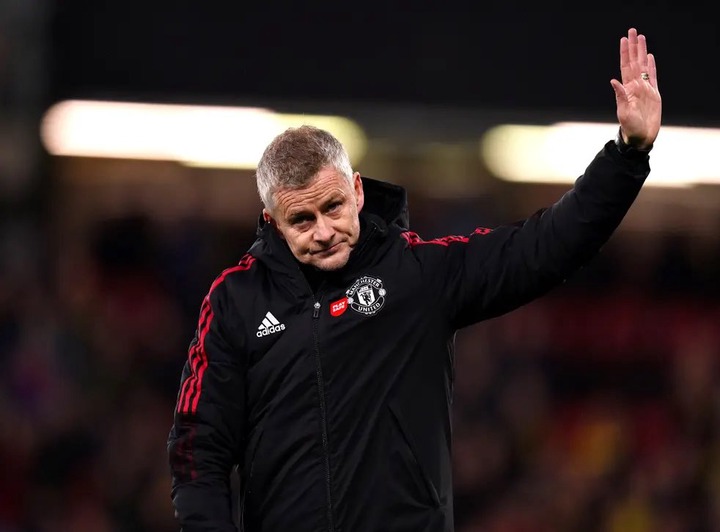 The team has registered wanting results failing to win a Europa league Cup final against Villareal. It is on record that the last trophy to be won by United was under Jose Mourihno who was bashed for his negative football style.

After being thrashed 4-1 at Vicarage Road, it was clear that things were out of hand for Solskjaer who was seen waving and applauding fans who were booing him. It was a disastrous performance from a team like United. Now it is official that Solskjaer has left the club on mutual agreement. A message on the clubs official twitter has led many fans paying tribute to their own legend in style. 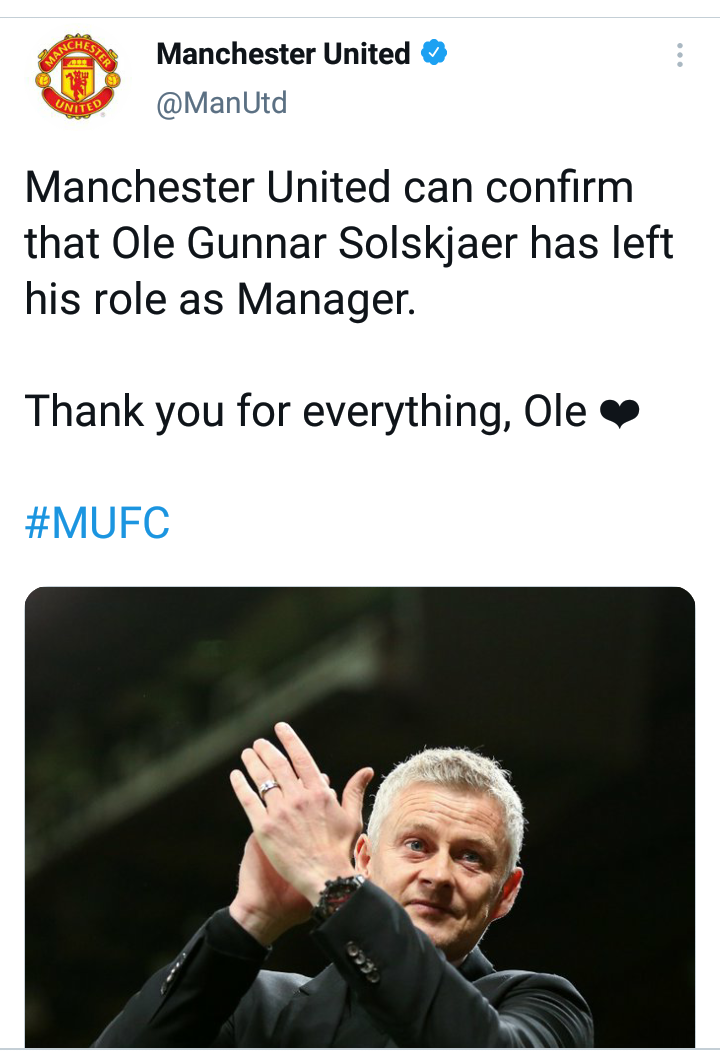 Here are the fans reactions; 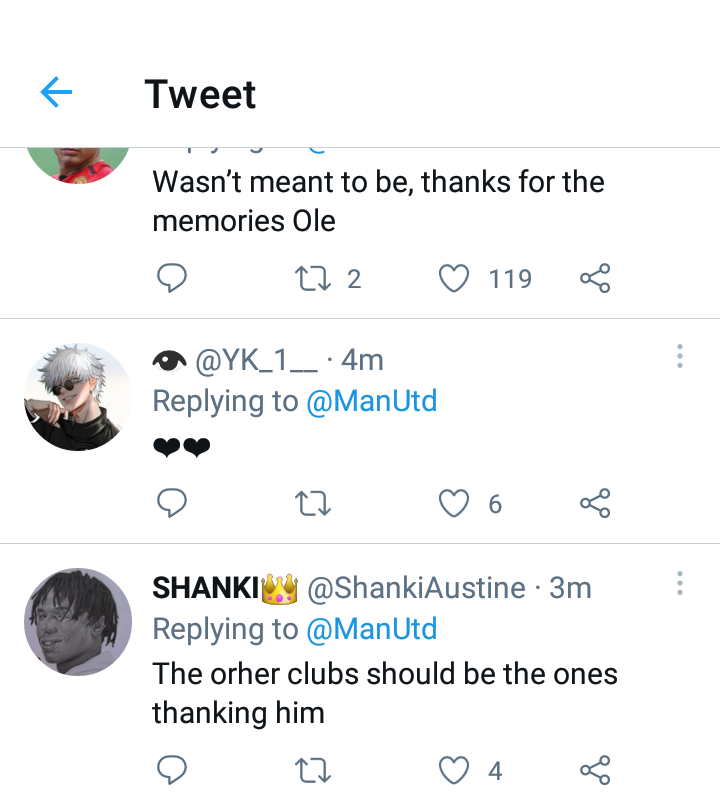 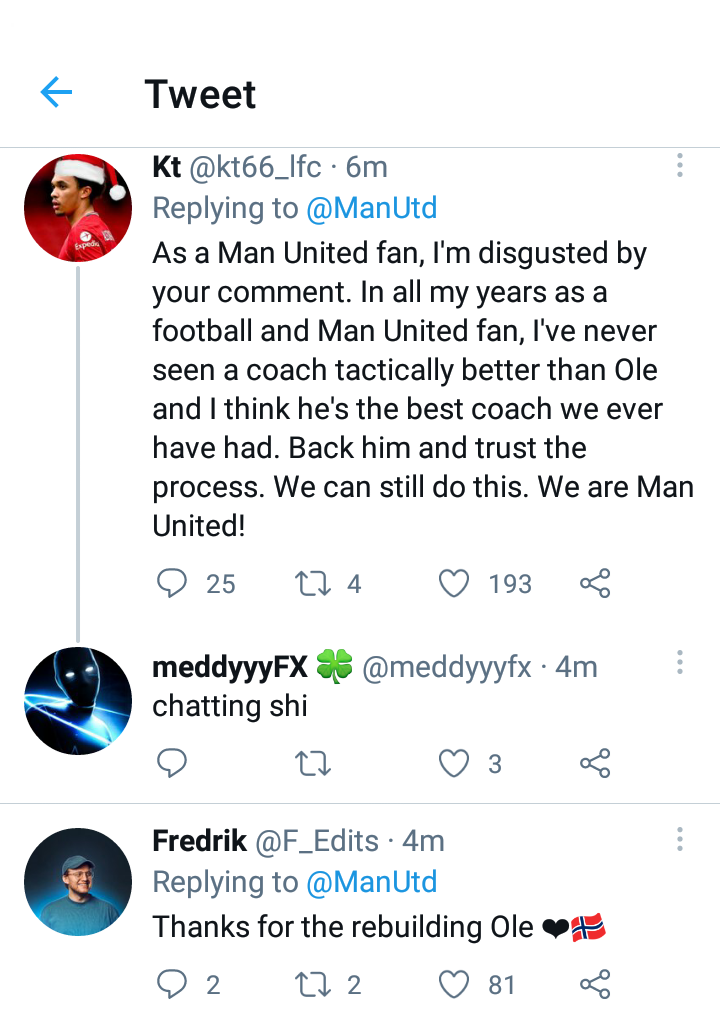 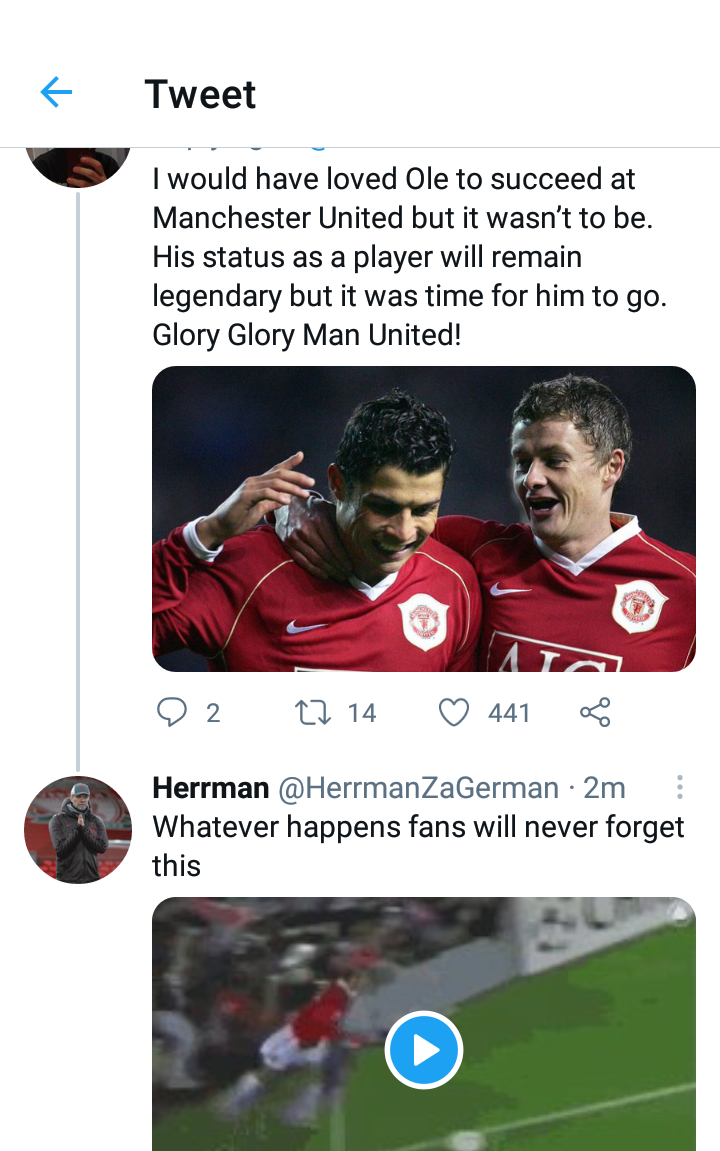 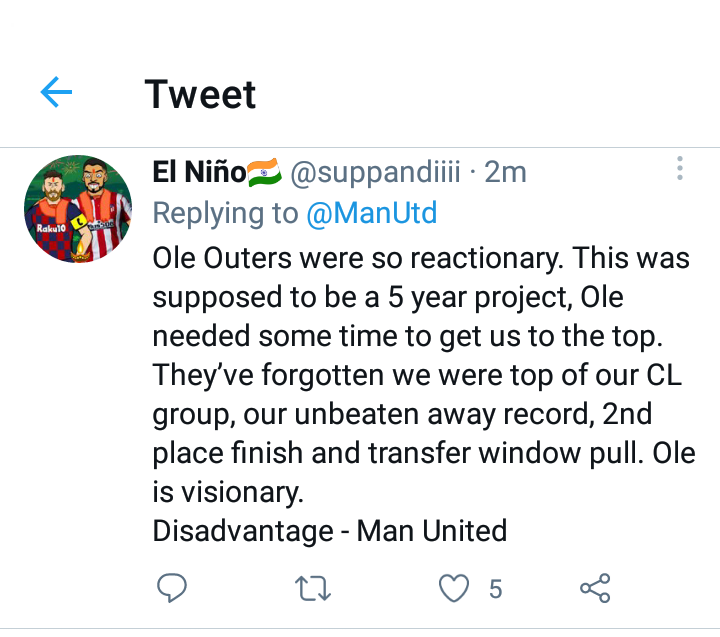 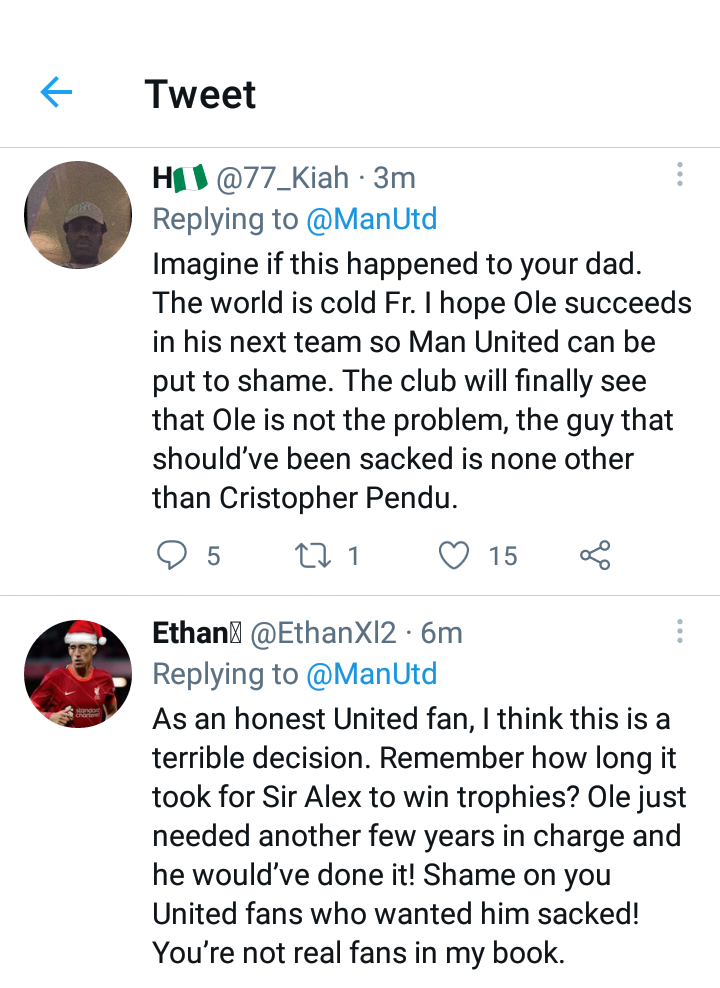