By Moneymase (self meida writer) | 26 days

Chelsea foot ball club can now be ranked top among the clubs who have young players doing well across all European's competitions. A good nurtured academy has seen Chelsea gain advantage of positions in the midfield and defence areas.

Since the arrival of Chelsea's head coach Thomas Tuchel , the club have shown great form of display that have made the club reach the FA cup final and Champions league final this season and are also the possible contenders of the top four race since it only one game remaining separating all the teams that will be played this Sunday.

Chelsea legend and former head coach Frank Lampard is said to have been the man to stabilise Chelsea's squad using the promoted academy players into the first team during his reign. Chelsea currently dominate the Premier league champaign with young talents , some are still playing for Chelsea while others are playing for other clubs on permanent deals and some on loan. 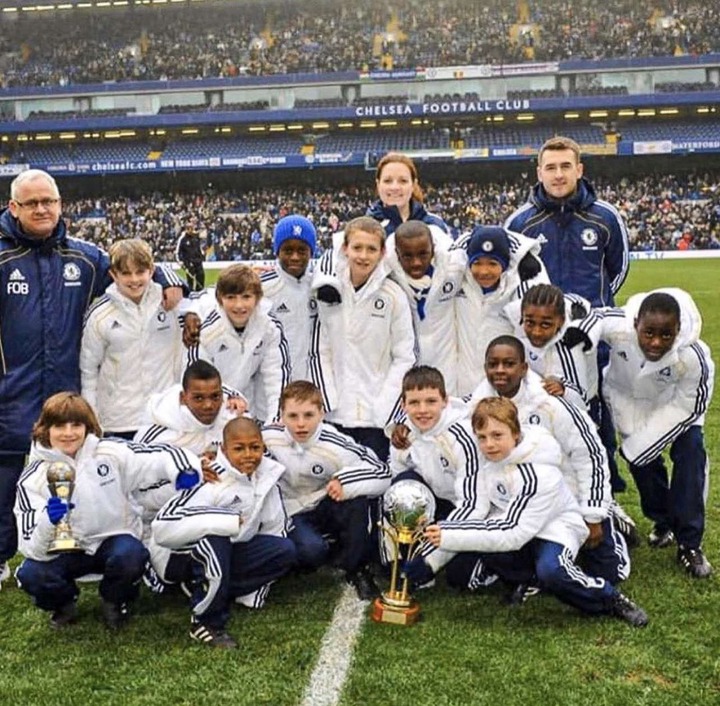 Chelsea's academy of 1999 playing in senior leagues currently include Reece James, Mason Mount, Tammy Abraham, Christian Pulisic and Odoi who play for the first team in Premier League. Other graduates of the academy who plays in the Premier league include Declan Rice who plays for West Ham United , Van Annolt who plays for Crystal Palace and Tariq Lamptey who plays as right wing back for Brighton & Hoove.

Fikayo Tomori joins the list but plays for AC milan in the Seria A league. Chelsea have used the academy products to improve on their form , this an activity that have made the Club's first eleven to be more of young players due to addition of players such as Werner and Hervartz. Because of fans support and great work that Mason Mount have done in attacking midfield for Chelsea across all the competitions have earned him this year's Chelsea player of the year.

Premier League Best XI of All Time, Do You Agree With it?