By SportsAnchor (self media writer) | 21 days ago 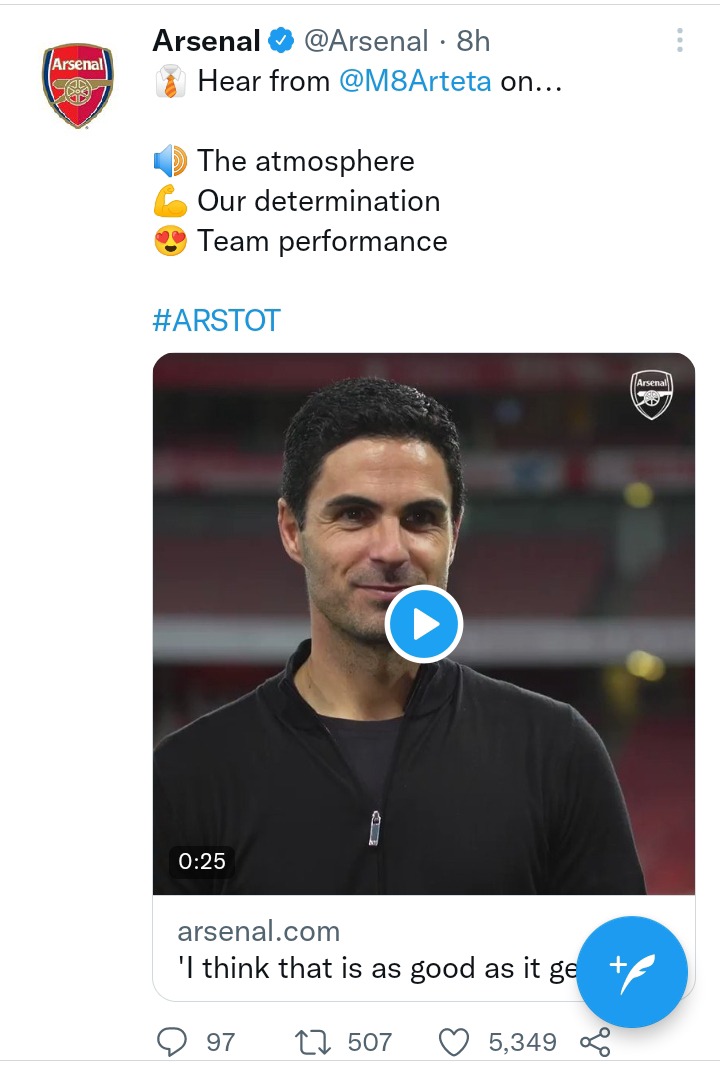 Mikel Arteta seems to have found the secret formula of winning the games and he is beaming with excitement after this discovery. The atmosphere at the Emirates has taken a new tide and fans are all but chanting the "Trust the Process" slogan. Arteta still has a long wait to go and the fans have not forgotten Arsenal’s failure to qualify for the European competition last season.

Mikel Arteta will have to restore hopes of qualifying for the Champions League which is being hotly contested by the big six, alongside Leicester City. Arteta has acknowledged the support of the fans even though he knows it is temporary and subject to a 180-degree change once the Gunners get defeated. But that is a familiar phase in football and he is ready to embrace it. 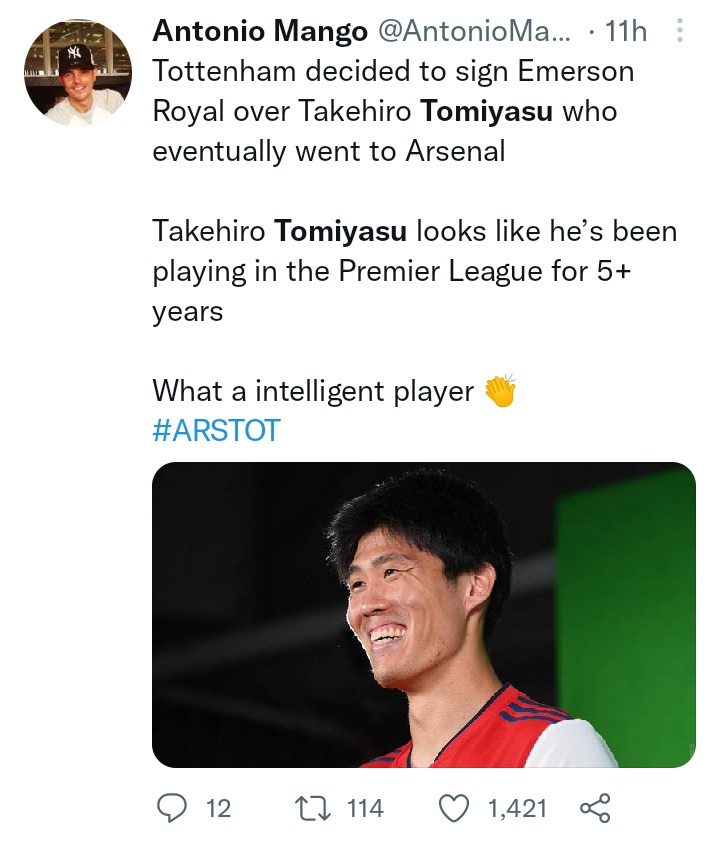 Japanese defender Takehiro Tomiyasu was voted as yesterday’s Man of The Match for his super defending which saw Arsenal secure three points against Tottenham. He has been of great influence to Arsenal’s defense and was recently described as “reliable Tom” by Aaron Ramsdale. 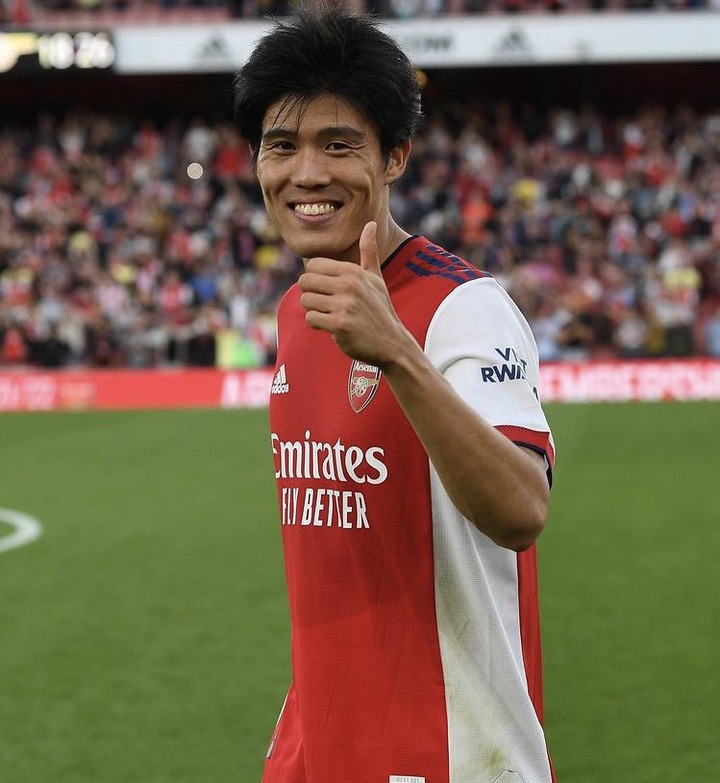 He has fully settled in the new league which is touted to be the toughest in the world. His match fitness and stamina has been outstanding as he has played all 90 minutes since made his debut for the Gunners. His impact in the defense has greatly been felt, with a player yet to dribble past him in the EPL. He is undoubtedly one of Arsenal’s greatest signings. 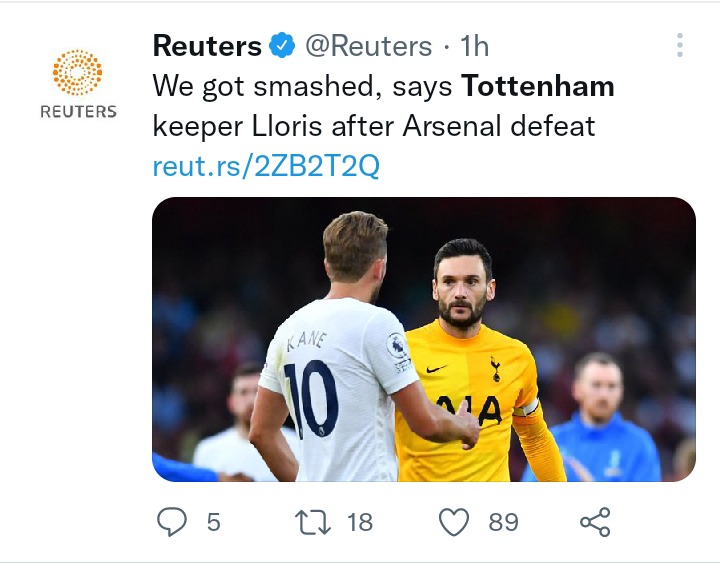 “Smashed” is the definitive word that Hugo Lloris used to described what Arsenal did to Tottenham at Emirates. The 34-year-old said that he was very annoyed by the loss but admitted that Arsenal were the better side in moments that mattered the most. He said that his side struggled a lot in the opening 30 minutes of the game and that was when Arsenal took their chance and made things more difficult for them.

Results: SC Ahmednassir Conducts Online Poll To See What Raila Will Do if Uhuru Withdraws Support