By PatrickEkisa (self meida writer) | 24 days

The league just started and Dundalk got just a draw with Sligo (1-1) whereas Finn Harp was abel to win 1-0 with Bohemians. But Dundalk is by far the best team and i trust them wining this one.

Sporting Gijon are on fire. They are unbeaten in eight matches and a victory here would cement their place in the Segunda Liga playoff. In contrast, Alcorcon are going through what you might call a rocky patch, taking down only three of their six games and winning only one of their last nine meetings with Sporting who are fantastic value here. Get on this!

Cork City is good in possession but poor in scoring goals. As a result, it will do its best to keep a clean sheet, by not allowing Ramblers to score too.

Castillon wants to stay in the league and Espanyol wants to advance. But they have many draws. Very often it happens when they are not playing home. There are a good team but winning away from home is much more difficult.

In the last three meetings of the two teams, Oxford lost once when they were given a red card and while they were away. In this match, Oxford United will be hosting and I expect them to take that advantage to win.

In the last four meetings Green Gully managed to win two times, drew once and lost in another meeting when they had a red card. Green Gully won in the most recent meeting and I also expect them to win in this match.

3rd vs 14th in the Eerste Divisie today. Almere City have won 3 out of 5 away games, scoring 13 goals whilst conceding 11 goals. Whilst Maastricht have won 4 out of 5 and drawing one. I still feel Almere have enough quality to get over the line today and win.

Van Der Poel has had a bad recent habit of timing his attacks poorly, so recent winner Van Aert could be the man to beat. The Belgian is a big talent and on home soil could take the spoils.

BROADCLYST is still a maiden but has, broadly speaking, been. competitive sort this season from higher in the weights than it finds itself today. The last run is a concern but hopefully that's not the sign that it needs a break and it can find a bit more from this reduced mark. Play a small each-way bet just in case it does as there are definite claims if its a going day. 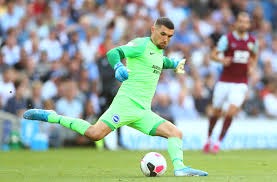 European Super League: Everything You Need to Know

Monday 19th Sure Teams To Stake On High And Earn Big