By EASPORTS (self media writer) | 26 days ago

Manchester United started bad their champions league champaign after they dropped all the three points to young boys. The red devils will be welcoming Villarreal at Old Trafford tommorow. The club need a must Win in Tommorow's game to give fans hope of qualifying to the next round. Despite Ole Gunnar Solskjaer having a bad form in the competition, the club still has more confidence in him.

The good news to fans is that the long awaited formation change could happen starting from tommorow. Ole Gunnar Solskjaer promised fans to switch to 4:3:3 attacking while on pre-season matches. With the coming of Ronaldo who is more hungry to win trophies and games could pressure the Norwegian manager to change the formation. 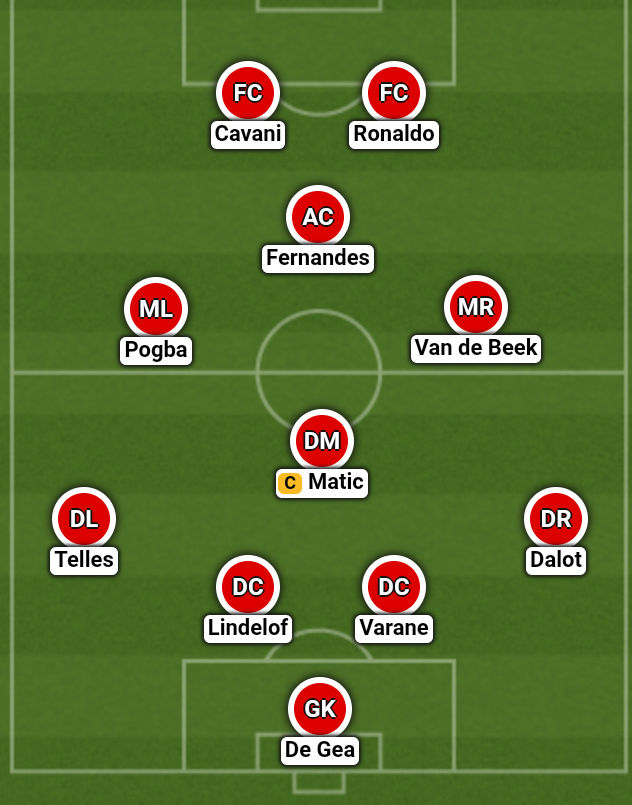 According to reports 4:3:1:2 could be opted tommorow. The club has a number of injured players who are ruled out of the game and this will give chance to other players to compete. Dalot will replace Aaron Wan Bissaka who got a red card in the last game against Young Boys while Alex Telles will replace the injured Luke Shaw.

In the midfied Matic is expected to start as a holding midfieder while Pogba and Van De Beek ahead of him. A switch to this formation could mean that the club uses 2 strikers which is good for fans.