2 Errors that led to Arsenal's defeat at Goodison Park

The Gunners were defeated by Everton 2-1 in-game week fifteen of the English Premier League 2021/22 season. 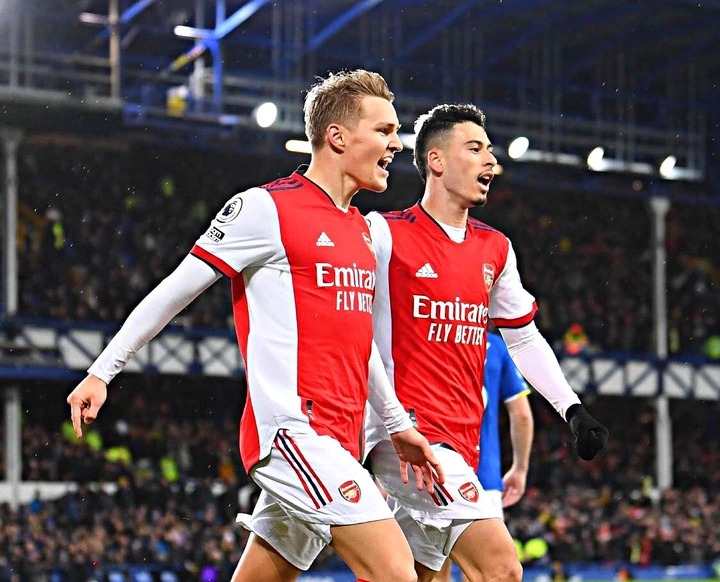 Here are some of the mistakes that contributed to the loss.

One of the most significant mistakes was defensive sloppiness, which resulted in the loss. Those who observed the game would have seen that the defense was lacking ineffectiveness. The ineffective defense provided Richarlison with two chances to score, both of which were eventually called out for offside (see below). I also believe Xhaka would have attempted to stop the counter-attack that resulted in Everton's winning goal. 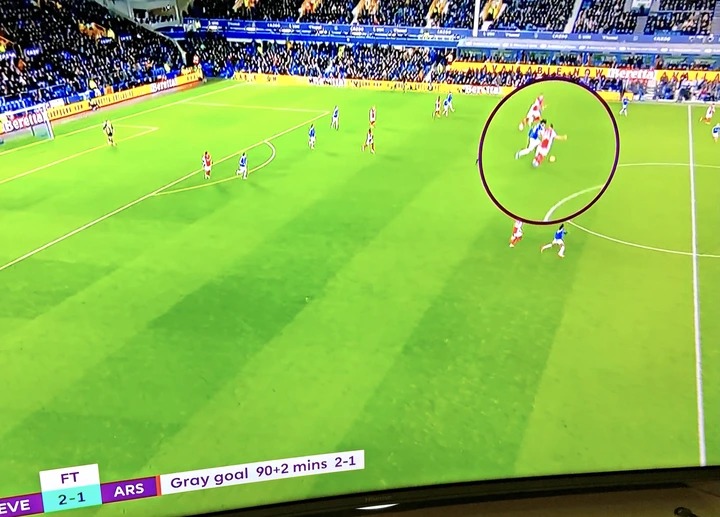 If you look at the shot above, you will note that if Xhaka had tackled Andre Gomes, the counter-attack that resulted in the goal would have been prevented. He was already on a yellow card, but I don't believe I can hold it against him since Arsenal only had approximately five men on the defensive line at the time. This allowed Gray to have more time and space to shoot since the opponents didn't put any pressure on him

Second, Edward Nketiah made a critical mistake that contributed to the team's failure. He failed to take advantage of a wonderful chance that might have turned the tide of the game in his favor 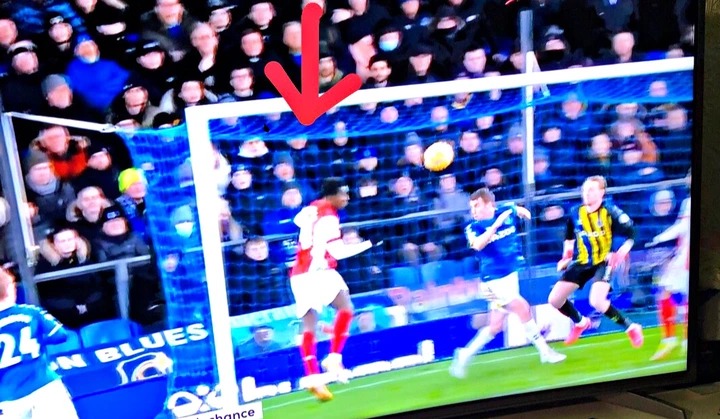 I'm not trying to be critical, but I believe he should have scored since it was a free header and the goalie was not in the best position to stop it. The primary reason I'm calling attention to this error is that, had he taken advantage of the situation, Arsenal would have taken the lead and Everton's morale would have been undermined.

In conclusion, we expect the players to learn from these mistakes when they regroup.

Poll: What do you think was the major cause of the defeat?

Singer Bahati Comforts His Wife After She Makes a Huge Loss

How To Dress As An Office Woman (Photos)