Arsenal fans rebukes Arteta's decisions after this player man of the match display for his side.

By Talksports (self meida writer) | 1 months

Yesterday clash between France and Switzerland, was a kind of dramatic performance; whereby the fulltime scores was draw and they were forced to go for the penalty kicks. The opener of the match was from Seferovic on the fifteenth minute of the play.Karim Benzema equalised the scoreboard after a fine brace towards Switzerland goal on fifty seventh minute. On the fifty ninth minute, Karim Benzema scored another goal, putting France on a winning position. On seventy fifth minute, Pogba scored another goal for France putting his side on a safer position.

On eighty first minute, Seferovic scored another goal and Switzerland had to look for one goal and equalize the scoreboard. Things went okay for the Switzerland, side after scoring on 90' after Gaveanovic scored a wonderful brace for his side.

The two sides had to go for penalties since the fulltime score was a draw. Switzerland goalkeeper, Sommer, turned the table after saving Mbappe's penalty. The world champions were denied a chance to proceed to quarter finals despite a good display. 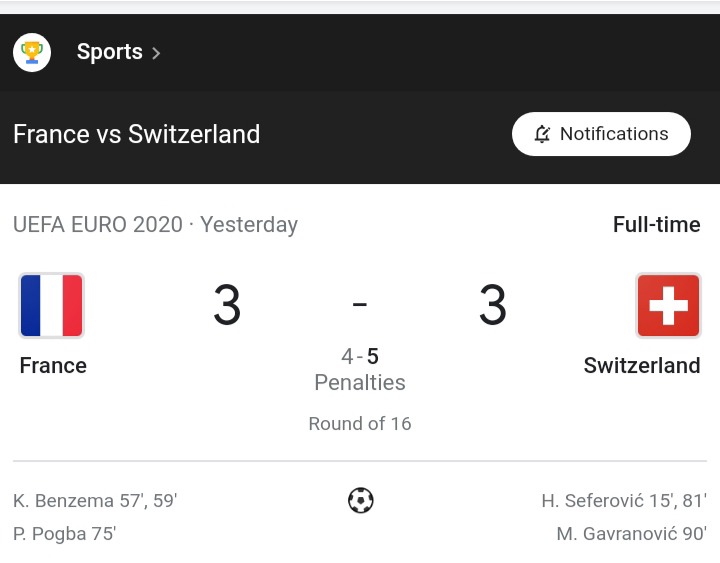 During yesterday's match, one outstanding player for the Switzerland side was Granit Xhaka. The Arsenal player was impressive, both defensively and offensively. Be produced a man of the match display after playing a vital role in the Switzerland side. Additionally, he was able to create numerous chances for his side, some of which his teammates failed to convert. After the match, he was awarded the man of the match award and truly he deserved It. 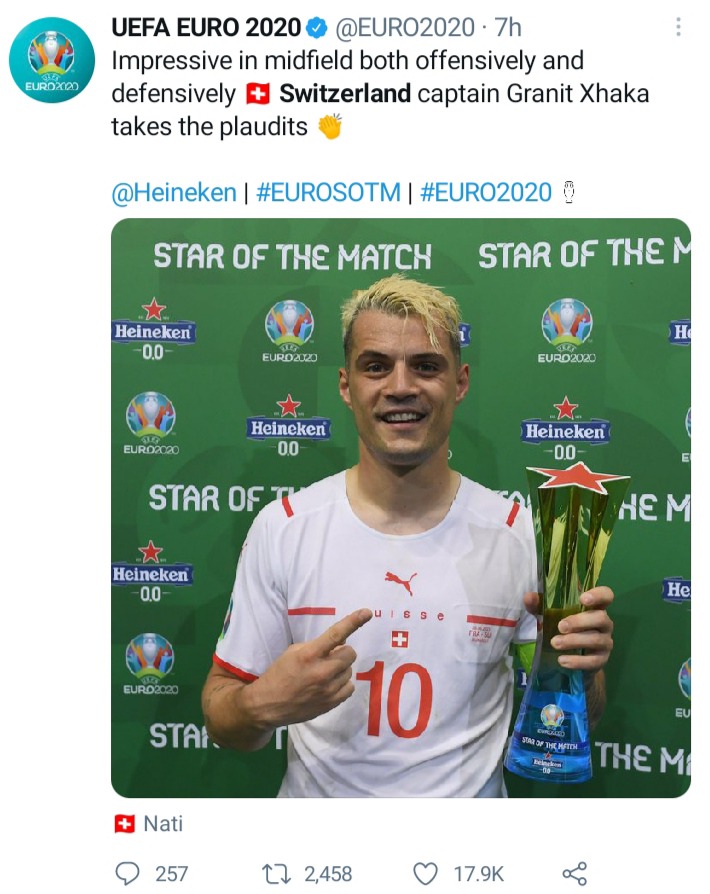 Granit Xhaka display for his side, Switzerland, brought about too many speculations. Some of the Arsenal fans rebuked the Arsenal manager for wanting to sell the midfielder. Defending their speculations, they suggested that his services will be important for the London outfits despite the rumours that he might join Roma in the coming season.

Also support me by tapping the follow button at the top.