By Lorenzo_ke (self media writer) | 1 month ago

Manchester City are the new English Premier League champions after beating Aston Villa by three goals to two. Playing at the Etihad Stadium, Manchester City went behind in the first half through a goal from Cash that handed the visitors the lead heading into the break. Phillip Countinho added the second goal through a well placed shot that the goal keeper could not reach. Pep Guadiola'a troops, however, pull on the style with three goals on ten minutes from Gundogan (who scored twice) and Rodri. Manchester City are now the winners of the 2021/22 Premier League season and they are entitled to a prize money. This is known as a "merit payment" for winning the Premier League. Liverpool received a merit payment of 35.5 million euros which is almost 3 million euros less that Manchester City pocketed for the same prize the previous year.

Did you know that the UEFA Champions League has the highest prize money, at 1.3 billion U.S dollars as of 2019. Here is the full table of prize money English Premier League clubs will receive at the end of the season. 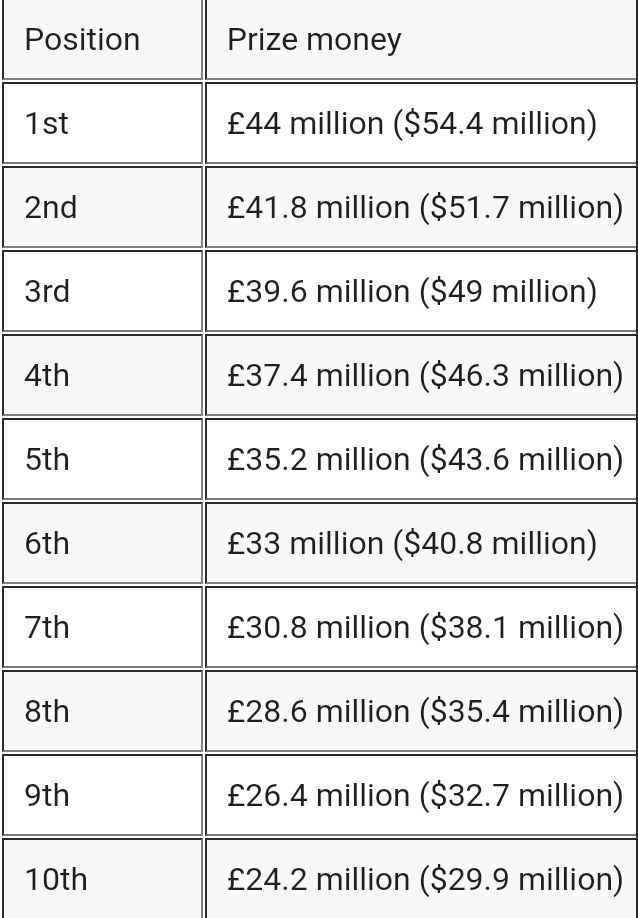 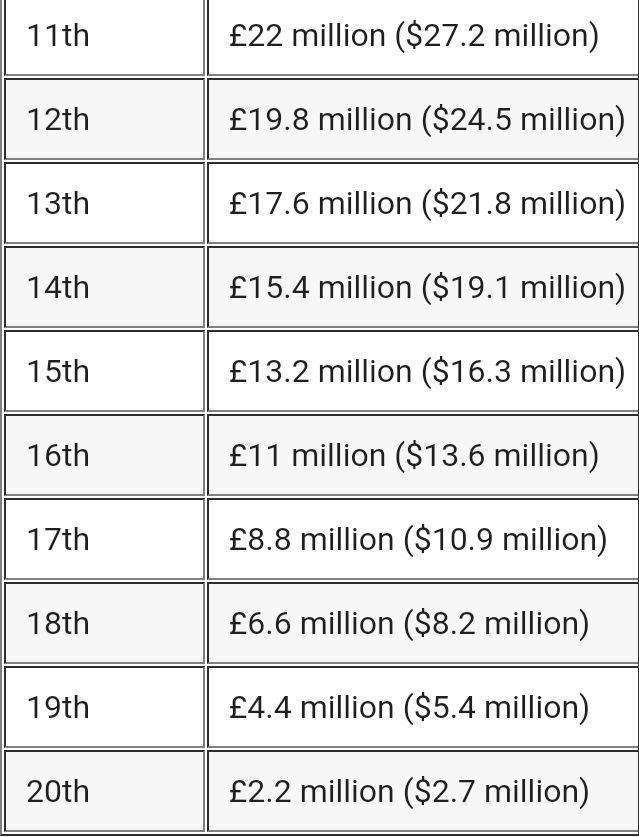