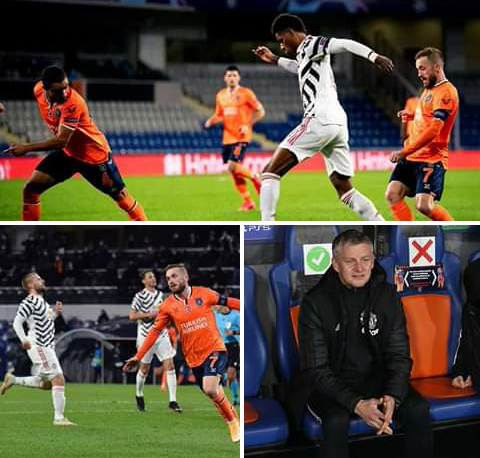 Manchester United suffered their first UEFA Champions league first defeat at the hands of Istanbul Basaksehir who are just debutants without any point, goal and win before crushing United 2-1 yesterday. Basaksehir was formed in 1990, won theTurkish Super Lig title last season and had not won any champions league group fixture as they conceded uniformly 2-0 against PSG and RB Leipzig. Manchester United defence and Midfield was in shambols as former Chelsea and Newcastle United Striker Demba Ba who run clear from the half line and fired past Dean Henderson as the second goal was as result of Juan Mata who was dispossessed by Deniz Turvic who found Edi Visac in space and unmarked to smash in the second goal. 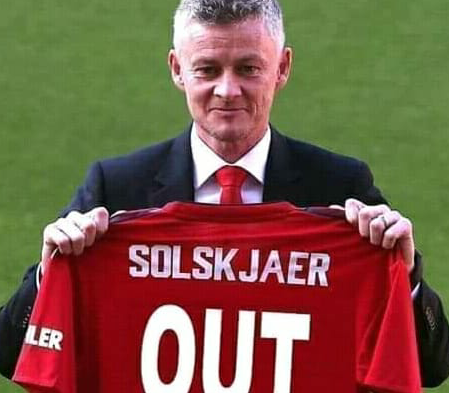 Manchester United Manager in a Post-match press conference refused to comment on his future at the Club following their 2-1 defeat to Istanbul Basaksehir; 3 days after conceeding 1-0 to rivals Arsenal. Anthony Martial headed home the only goal for United in the match from a Luke Shaw cross but United failed to capitalize on the goal in second half as Istanbul picked up a famous win against the Red Devils.

Solskjear recognized that the performance displayed by his boys was not good enough and admitted the goals conceded were unforgivable as Manchester United were totally outclassed in the match and failed to fight back. Manchester United have now lost two successive fixtures against Arsenal and Istanbul Basaksehir and Ole Gunnar Solskjear is looking forward to redeem his career and future at United against Everton on Saturday early kick off at Godison Park. 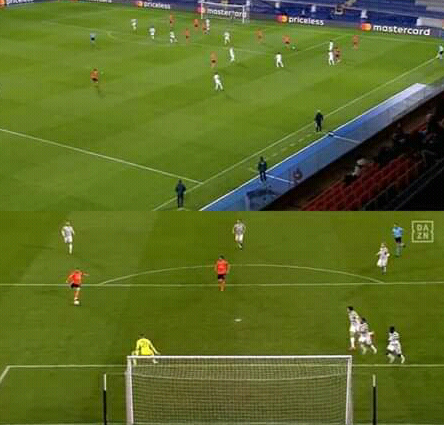 Manchester United shambolic first half defensive display meant the Turkish side raced into a 2-0 lead in the opening 40 minutes and despite Anthony Martial halving the deficit before the break, the Red Devils couldn't muster up an equaliser in second half. Manchester United Manager Solskjear labelled the defeat as "unforgivable" and laughed off critics and suggestions that his job is under threat. Solskjear insisted its too early to jump into conclusions and make judgements as he is doing the job Manchester United employed him to his best of his abilities and staff. Solskjear promised also to work on United defensive frailties and lack of creativity as they look forward to improve on in the future.