France and AC Milan striker Olivier Giroud has been a huge differential for his Italian employers this season and his massive performances have been responsible for the club's number one spot in the Italian Serie A. While speaking about the ideals of a striker that Arsenal should sign in the summer, former Arsenal defender Bacary Sagna said that the Gunners should search for a player with Olivier Giroud's profile. He said that if Arsenal sign such a striker to lead the line, then they will be more vicious next season. 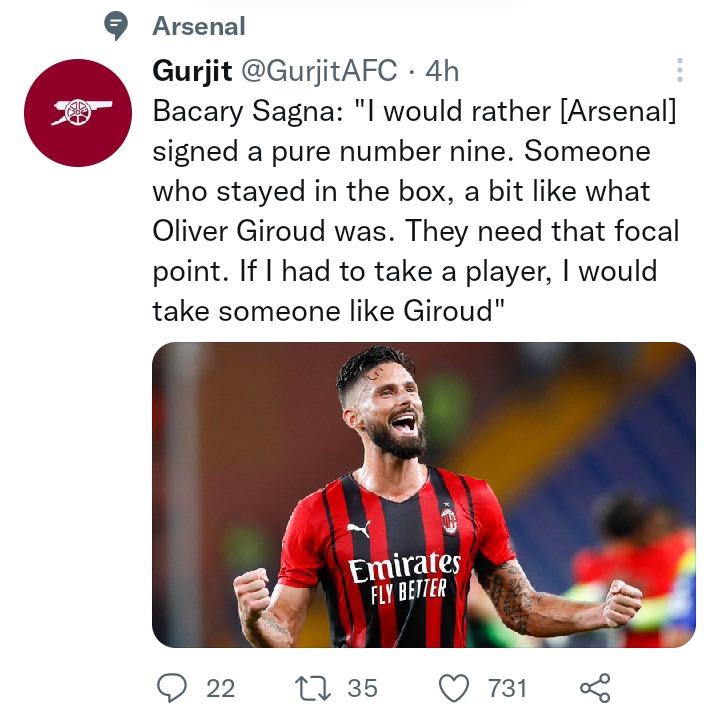 "Arsenal already have enough playmakers as it is and Lacazette assuming that role instead of scoring is just not logical. I would rather Arsenal sign a pure number 9. Some who would stay in the box, a bit like Giroud was. They need that focal point. If I had to take a player, I would take Giroud."

Takehiro Tomiyasu is expected to make his first appearance tomorrow against Wolves after coming from his injury which he sustained mid-last month during training. Mikel Arteta has said that Tomiyasu's Return has been a huge boost to the squad but will ensure that all the necessary precautions will be taken so that he does not sustain another muscular injury. He nonetheless did not rule him out for selection in tomorrow's match and that means that he will most likely make an appearance even if it means coming on as a substitute. 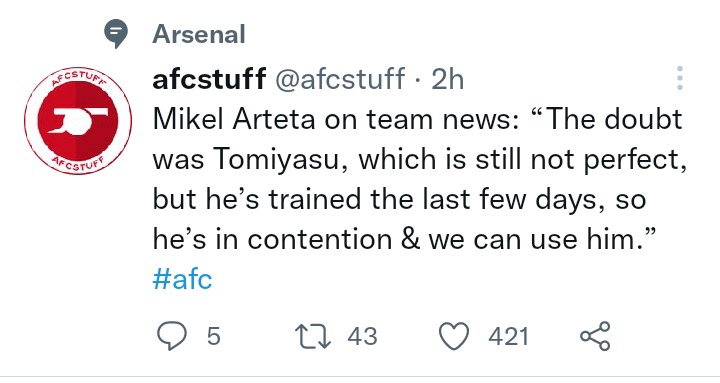 Tomiyasu has really established his place in the starting eleven and the fan support behind him has been massive and tracking his every progress week in week out. The good thing about him is that he has handled the pressure in a very calm and mature manner and whenever he makes a mess of things, he always follows it up and clears it before it escalates into something bigger. 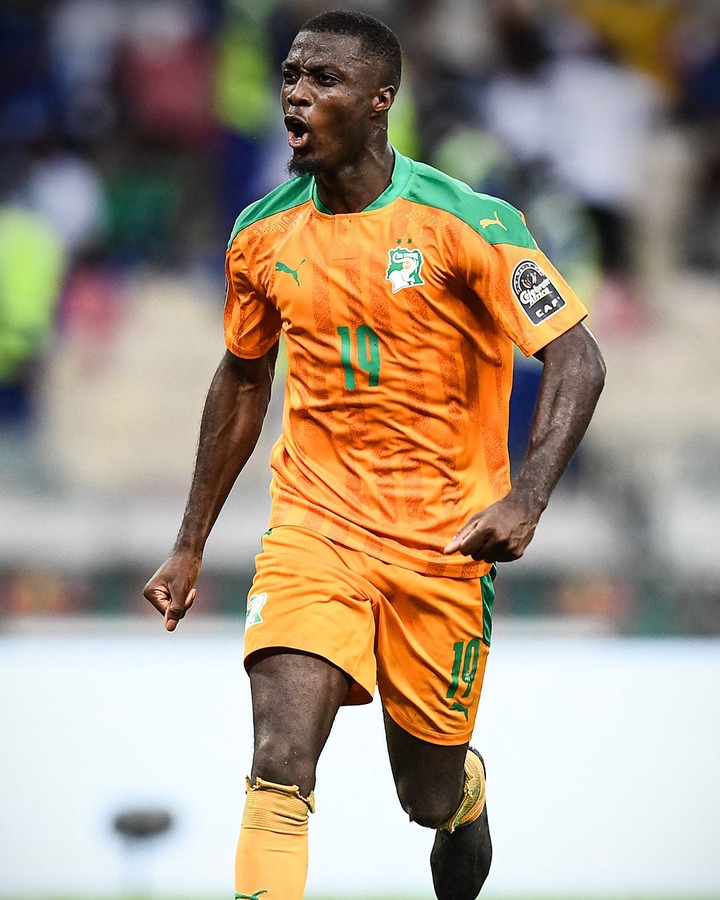 Nicolas Pepe's future at Arsenal relies very heavily on his performance in the next three months or so. There are speculations that he may leave the club at the end of the season but there is still hope for him to save himself. He has to fully maximize the game time that Mikel Arteta will give him in the next few matches in the league.

Why Kenya Kwanza Delayed The Launching Of Their Manifesto

Here Is What Happened To Pastor Who Allegedly Killed Albino Boy To Sell Body Parts.

Ruto Ally Responded To Raila's "I Will Accept Defeat" Remark, Reveals What They Are Secretly Doing