Video: 8 Years Ago, See What Arsenal Players Did to Robin Van Persie After He Joined Manchester Utd

By Anayamarvin (self meida writer) | 11 days

Barely a year since joining Manchester United, Van Persie achieved what he was not able to Achieve at Arsenal For Years.

As if that was not enough, United were assured of Lifting the League earlier before playing the last 5 fixtures.The fixture which Arsenal was an inclusion.

As a norm, when one is announced the champion before playing all games, the team which plays them always have to show respect to reigning champion by giving them Guard of Honour.

So Arsenal being one of those fixtures Left for Manchester United, they were to give Their former player Robin van Persie Guard of Honour.

Today marks 8 years Since then and Manchester United Fans Via their twitter Handle UnitedReds Reminded the Fans Today about it.

The tweet read:On this day 8 years ago, Robin Van Persie was given a guard of honour by his former club after winning the League. 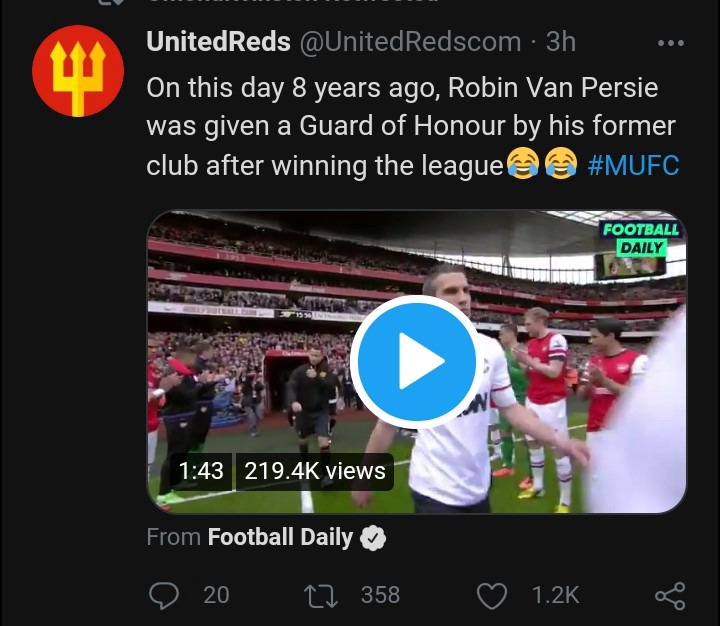 Some fans Reckoned this and Stated that is the Reason Arsenal hates Manchester United So much.

UtdLad twitted:Arsenal Fans don't hate us for no reason, We've troubled them much in the past, From Hammering them 8-2 to Snatching their best player Since Henry To win the League and Make them throw Guard of Honour..

Another fan said if this happened now it could be trending on twitter as number one.

UNITED768:imagine this happened now, it would be trending number 1. 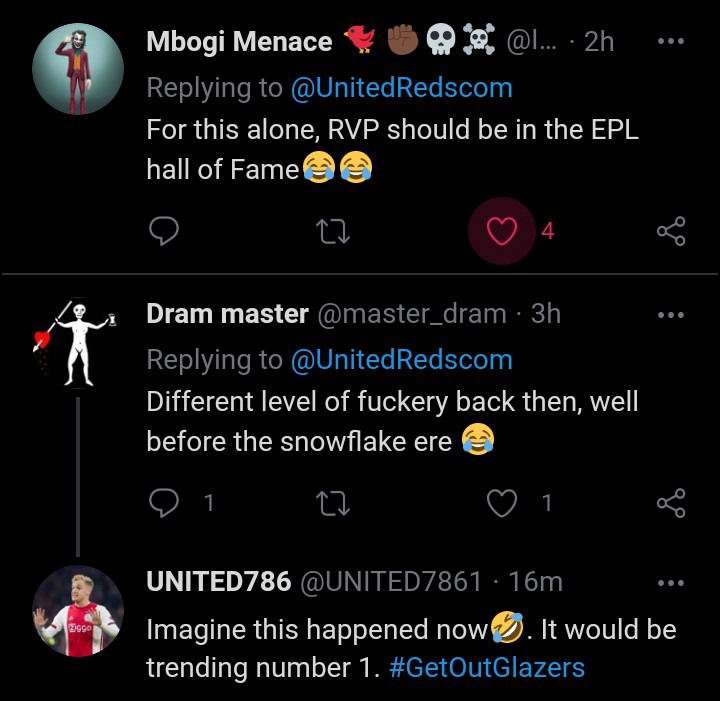 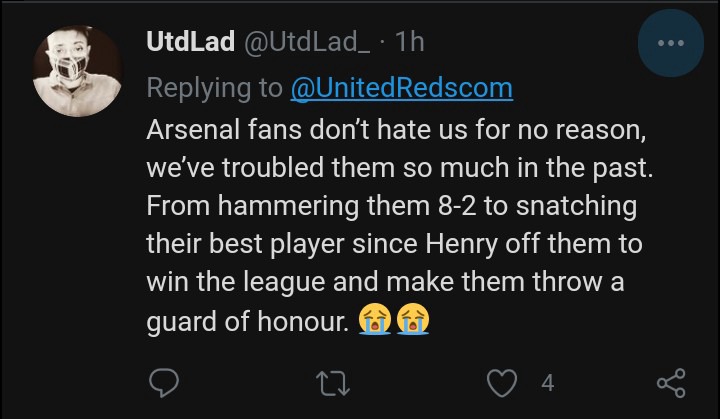