By CommentatorNews (self meida writer) | 26 days Antonio Rudiger turned up yet again when most needed as his goal helped Chelsea defeat Leicester City and move up to third in the table with 67 points.

That win tonight could as well as just have secured top four finish for the blues who finish the season on Sunday at Villa Park against Dean Smith's Aston Villa side.

Thomas Tuchel was a proud manager after his boys managed to get a sweet revenge on the Foxes just a few days after losing the FA cup final. 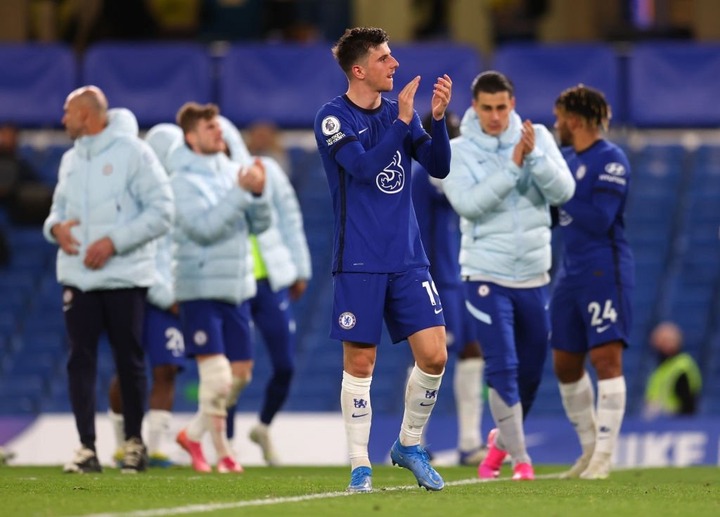 However one man who made the headlines was Antonio Rudiger after a show of what it means to play for the Chelsea badge.

Having been doubted by many before and even sidelined by former manager Frank Lampard, Rudiger still remained humbled and waited for his chance and he has now grown to become one of the most loved squad members by the fans.

When Leicester City substitute Ricardo Pereira tried to start a fight after being confronted for a bad tackle on Chilwell, Rudiger arrived at the scene in a flash as he then pushed back two Leicester players leaving Chelsea fans to enjoy the moment of a true warrior show. Rudiger's passion at the moment is unmatched by anyone and his leadership was very much needed hence reason why Chelsea fans believe he might be their next club captain with Azpilicueta's time running out.

Super_kay: Rudiger deserves to be our next captain. I love the power and passion he has💪💪

Kevin Uk: I think Rudiger is captain material. He seems a leader of the team and someone who sticks up for his team mates 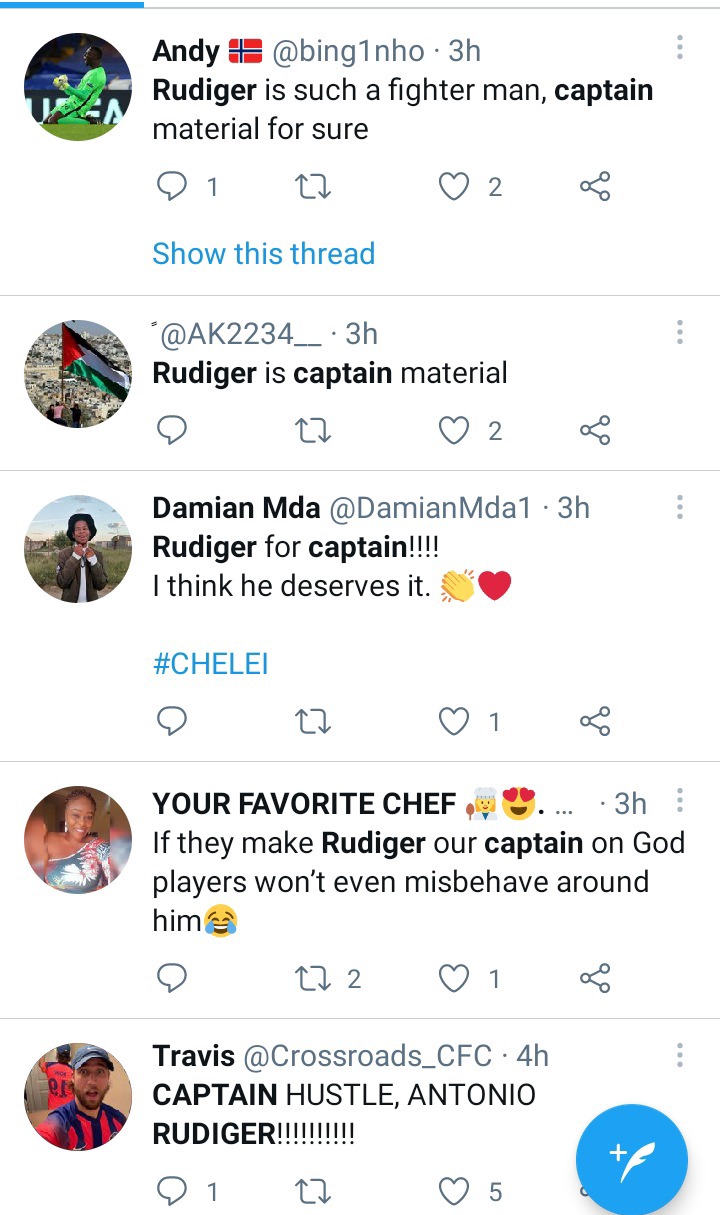 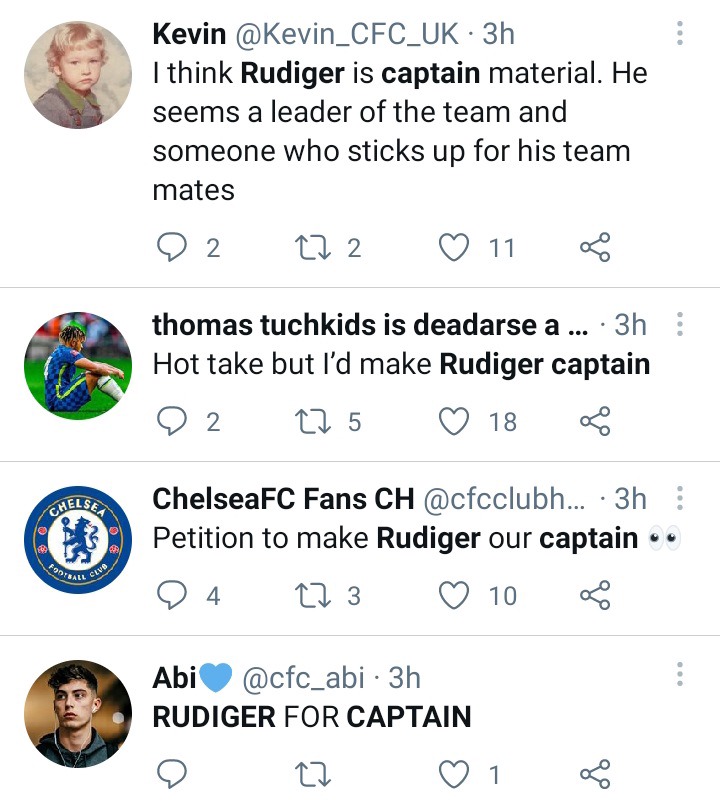 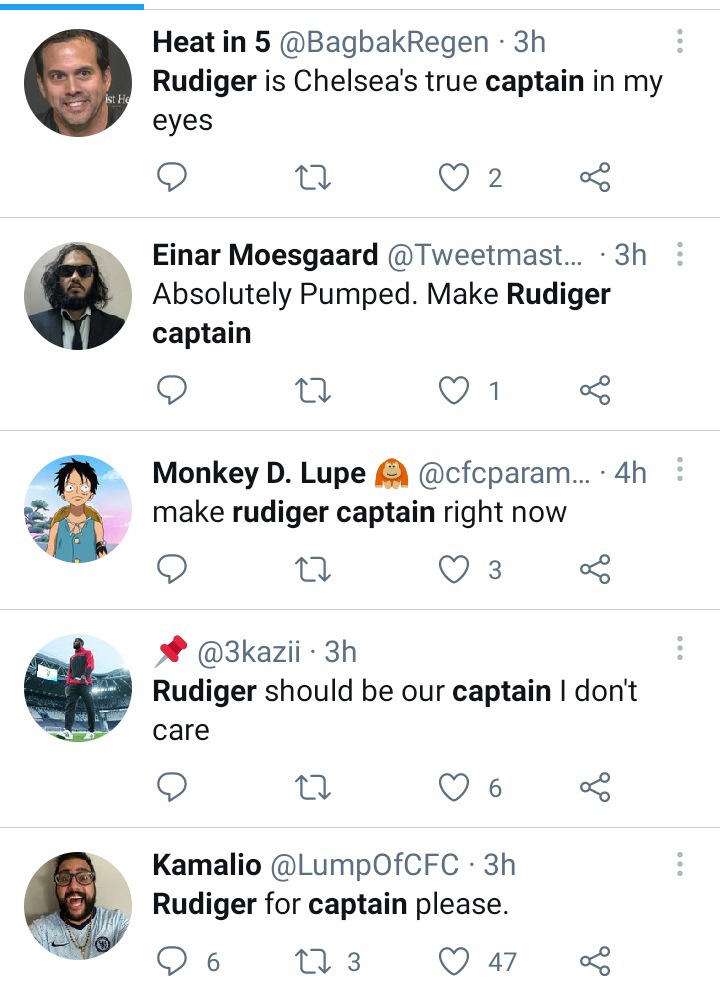 Slendz talks: Antonio Rudiger is incredible. He has to be our captain. I reserved my judgement because his rashness and mistakes last year were frustrating but he’s turned it around, he’s legit our most important player now.