By WeeLeeWrites (self media writer) | 20 days ago

Kylian Mbappe is a France international playing currently for Paris Saint-Germain, 22 years old. The PSG star has revealed that he is considering from France national team. 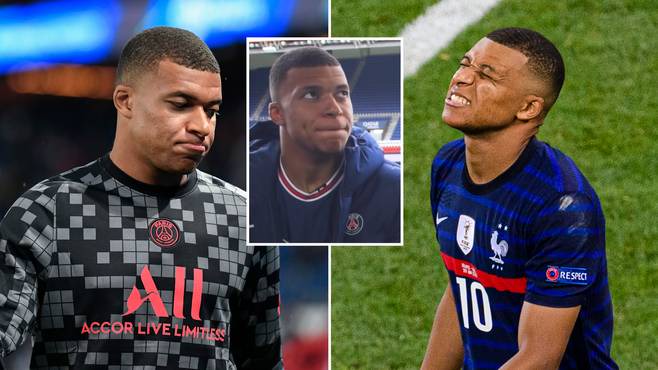 In the summer the star had his worst moment of his career at euro 2020 campaign where he missed penalty shoot out which was to help his club to proceed to the next level. They lost lost the game to Switzerland.

They had issues with Olivier Giroud who said certain individuals were not passing to him going to France's opener against Germany.

According to several reports it's was saying that the star was having negative ego towards the national team. On an interview the star admitted and here is what he said.

"I have never taken a single Euro to play for the French national team and I will always play for my national team for free. Above all, I never wanted to be problem.

" Above all, I've never wanted to be a problem. But from the moment where I felt like I was the starting to become a problem and people felt I was the problem."

Kylian Mbampe is ready to walk away from France national team despite him being one of the best star in the world. 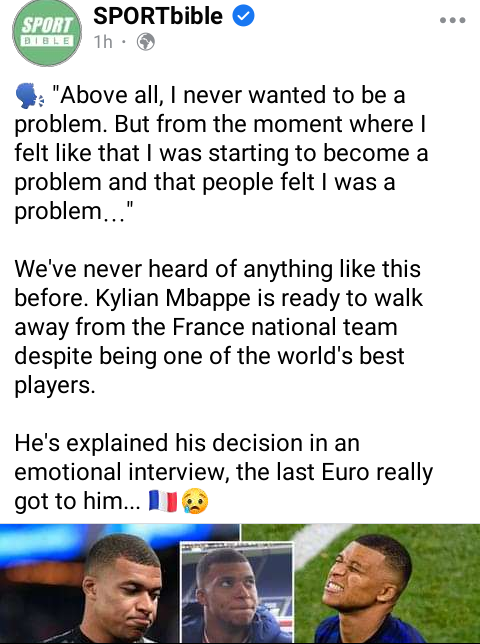 Today's Highly Analyzed And Predicted Matches To Pocket You Huge