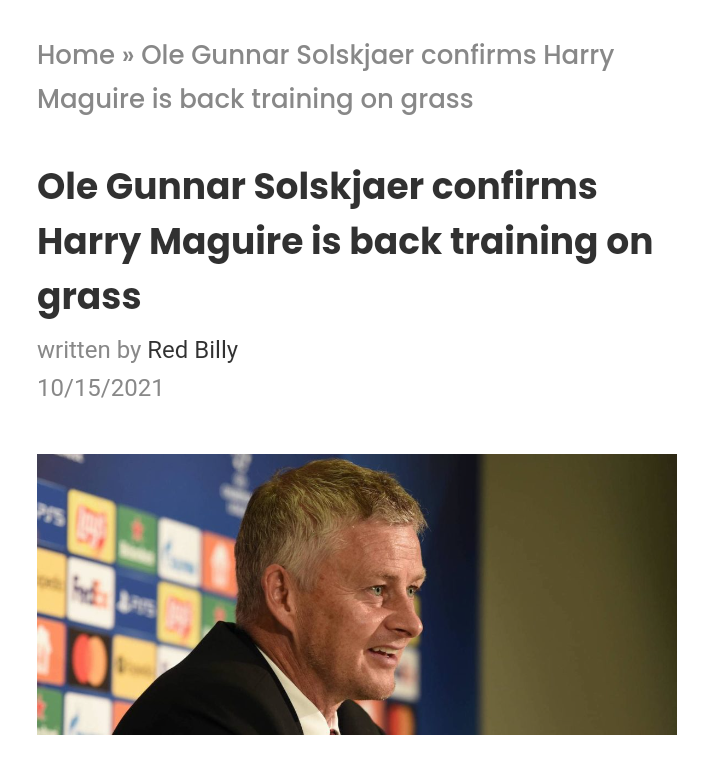 Manchester United will be traveling to take on Leicester City tommorow. The club's recent performance has been questionable and fans expect the international break to have a positive impact on players and the club. Manchester United have to defend well considering that Leicester City are good team both in counter attacks and possessing the ball.

According to reports coming in from the club, Rashford will be involved in Tommorow's game after returning from an Injury. Another changes that are expected include Matic replacing Fred in the defensive midfied. Ole Gunnar Solskjaer has confirmed that Fred and Cavani who played for their national teams today in the morning will not feature in Tommorow's game. The two are expected to play at the midweek against Atlanta.

Harry Maguire on the other side is fit but he could start from the bench after quick recovery from an injury. The 27 year-old is also expected to feature in Champions league on Tuesday.Solskjær: "Harry's [Maguire] joined us on the grass this morning, that's the first time he's been on the grass. Amad first time on the grass as well. So we look quite strong."

Solskjær: "Fred and Edinson [Cavani] played a full game this morning, 1.30 kick-off. We're not counting on them [against Leicester]. time to rest and recover. They played well, not injured but hopefully, they can be involved in midweek in the Champions League." This means that Van De Beek and Phil Jones are likely to be part of the team tommorow. The two are considered as flop at the club but with the current situation Ole Gunnar Solskjaer may be forced to play them.