By WillyKim (self media writer) | 11 days ago 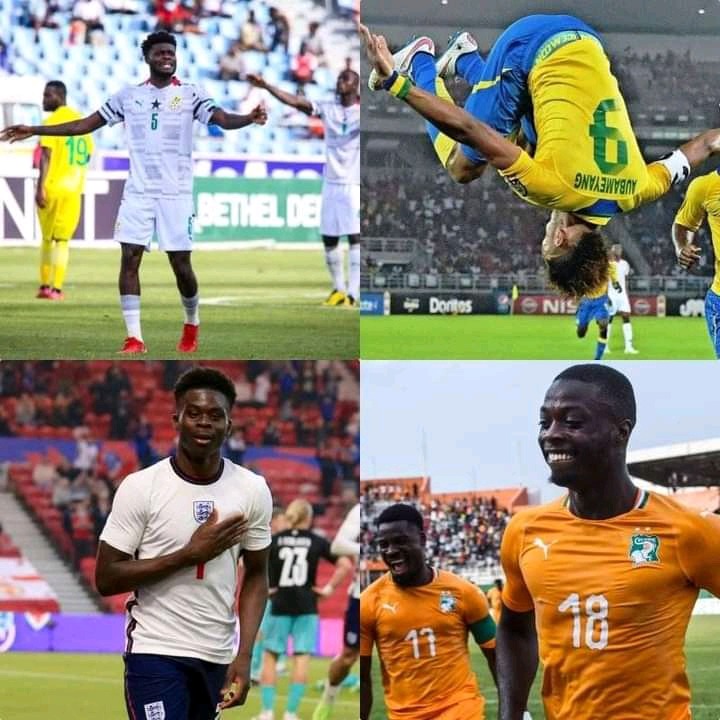 Arsenal players have been in good form over the International break. A number of them have found the back of the net for their different teams.Below is how the players perfomed.

The gunners captain scored for Gabon in their World Cup qualifier match against Angola.He also gave an assist.

Pepe also was on target in the Ivory Coast match against Malawi.He scored the early opener in the second minute and they won 2:1.

Partey has now scored two goals for Ghana while in the International break.He scored a free kick for Ghana against Zimbabwe on Tuesday. 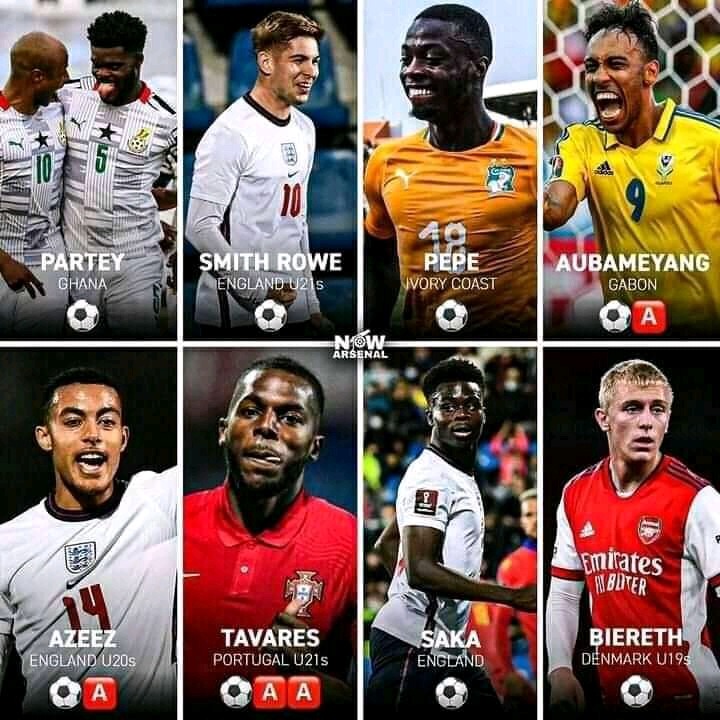 Saka was on target in the match for England against Andorra.They won 5:0.

The Portugal under 21 defender scored a goal and set up two of his teammates for goals.

The Arsenal number ten was on target in the match against Andorra for the England.He scored the solo goal of the match.

The Arsenal youngster scored a goal for the England Under 21 team and also gave an assist.

The Arsenal academy man was on target for his country Denmark Under 19's.

Surely,it has been an awesome outing for the gunners internationals.