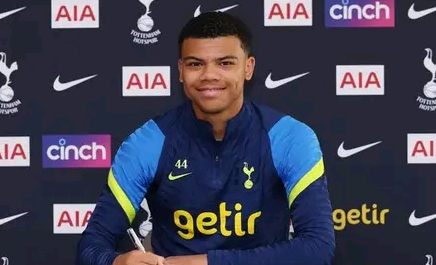 Tottenham Hotspurs have reached an agreement with talented striker Dane Scarlett to extend his contract until June 2026. Tottenham will make Atlanta centre-back Cristian Romero loan deal permanent for £40 Million but Juventus winger Dejan Kulusevski will remain on loan for another season before joining permanently next summer. 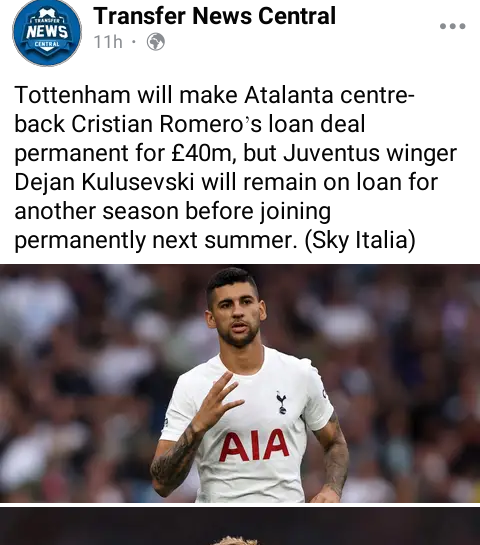 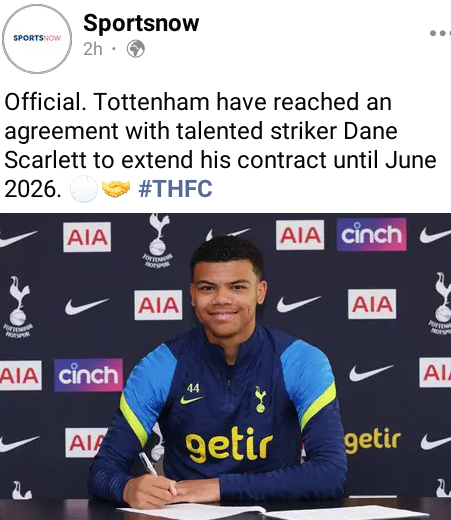 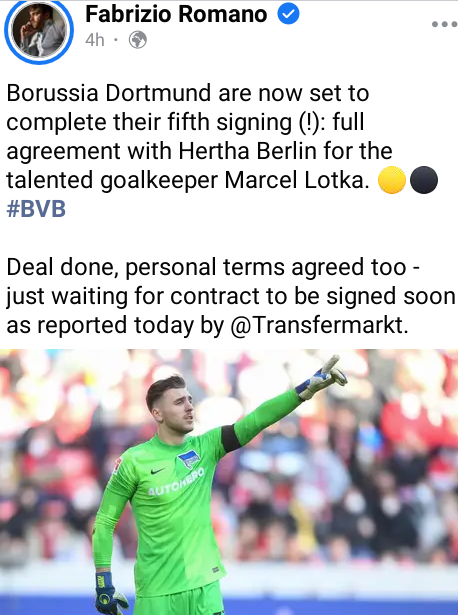 Borussia Dortmund are now set to complete their fifth signing with full agreement reached with Hertha Berlin for the talented Goalkeeper Marcel Lotka. The Deal is done after personal terms were agreed and contract will be signed after the star undergoes medical tests. Mohamed El neny has signed a new contract with Arsenal until June 2023 with option for further season. 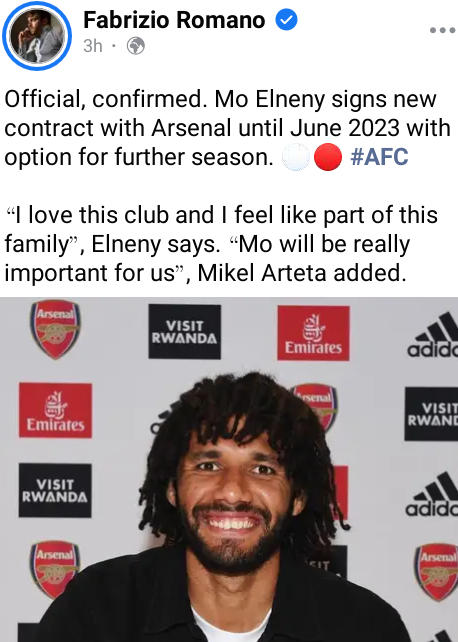 Bayer Leverkusen have reached full agreement to sign 19 year old top Czech talent Adam Hlozek from Sparta Praque for €13 Million plus add-ons, 30% sell-on clause. Bayer Leverkusen are still working on a deal to sign Mychaijlo Mudryk from Shakhter Donetsk. Real Madrid are exploring the possibility of signing Serge Gnabry this summer after Kylian Mbappe decided to stay at PSG. The German winger has just one-year left on his contract and Bayern have made it clear that they will sign him if he does not sign a new deal. 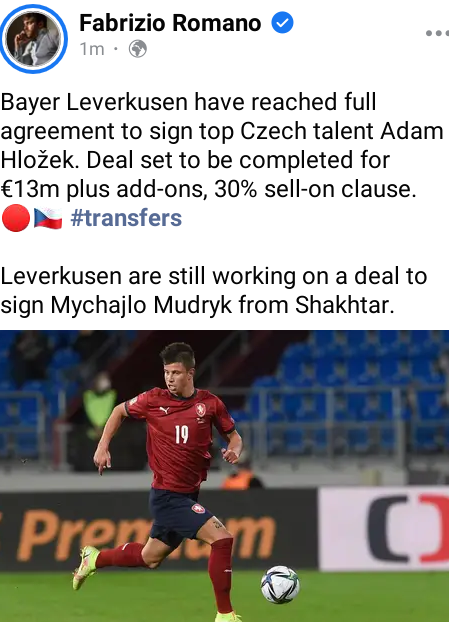 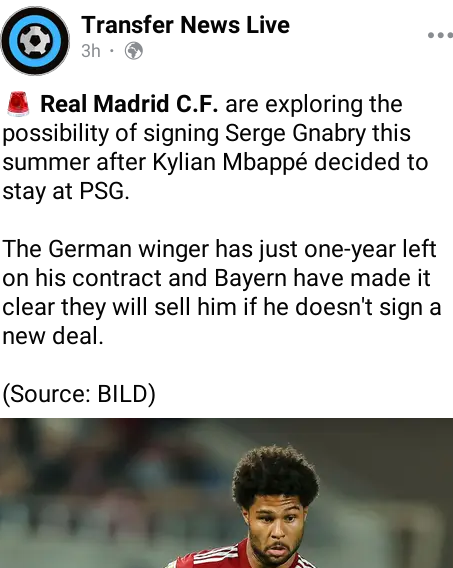 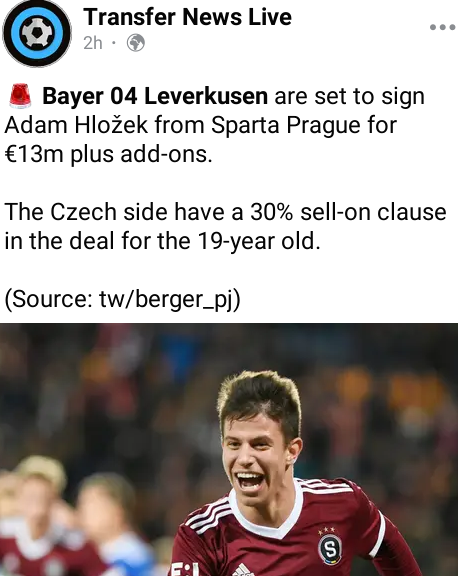 Manchester United have reportedly made £47 Million offer for Lazio midfielder Sergej Milinkovic Savic. Lazio have received the offer and Savic agent Mateja Kezman has confirmed that Man United & PSG have approached him for the signature of his client. Lazio President Lotito confirmed that many European top clubs want Savic and are going to consider huge proposals from one of the top 5 clubs in the World hence will not fight to keep him. 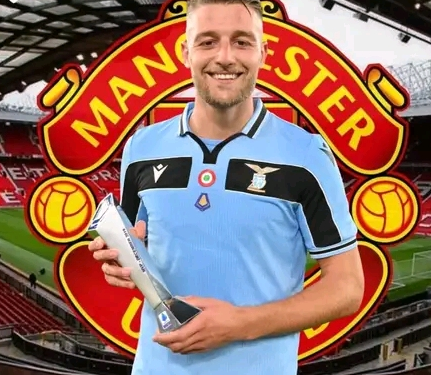 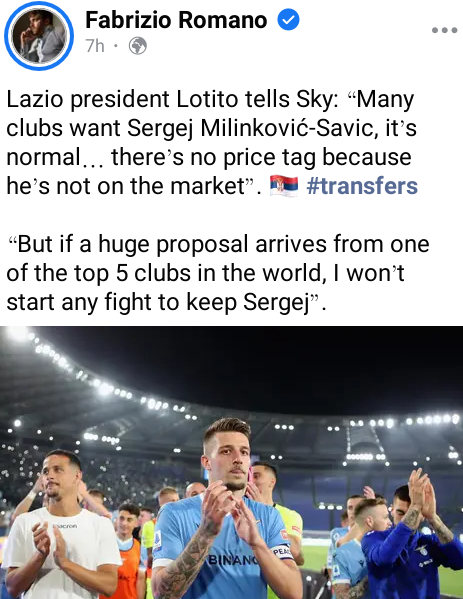 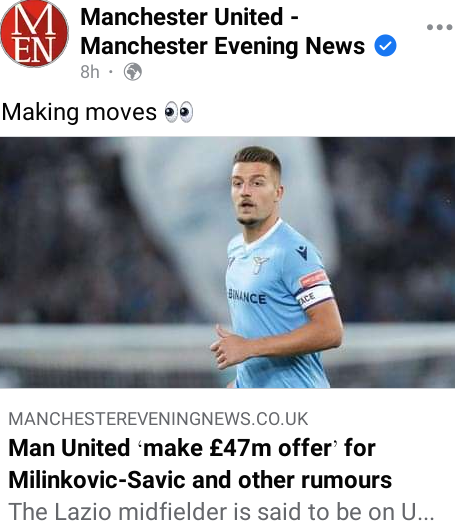