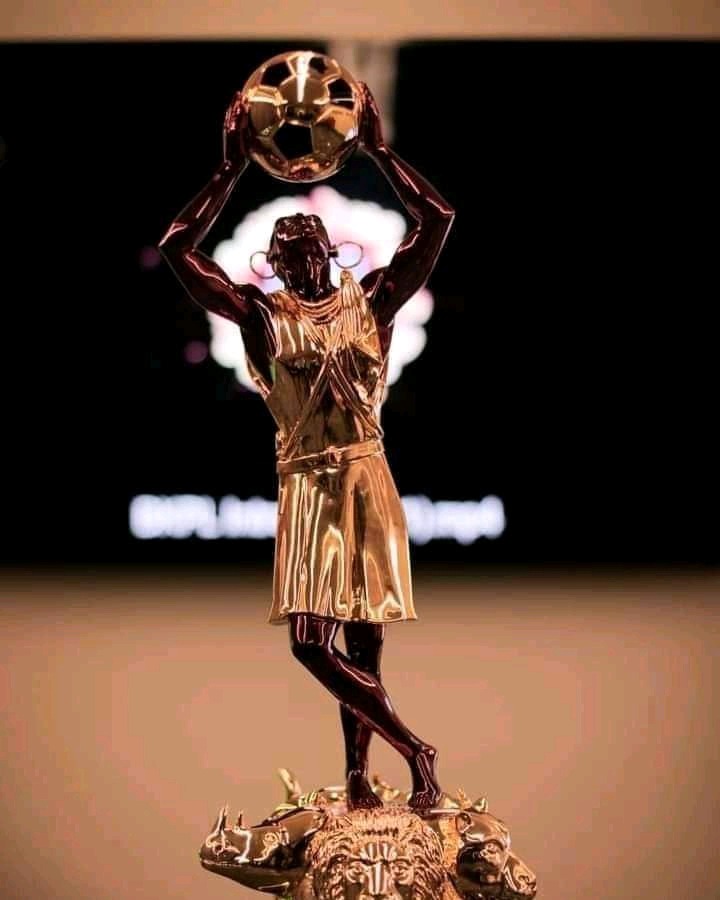 Yesterday the FKF premier league released thier official trophy for the season that is almost coming to an end.It was officially pit out to the public at night.

Kenyans and football fans have continued to register their displeasure with the make and design of the trophy despite it being said to be golden.From a post by Carol Radull, below are Kenyans concerns. 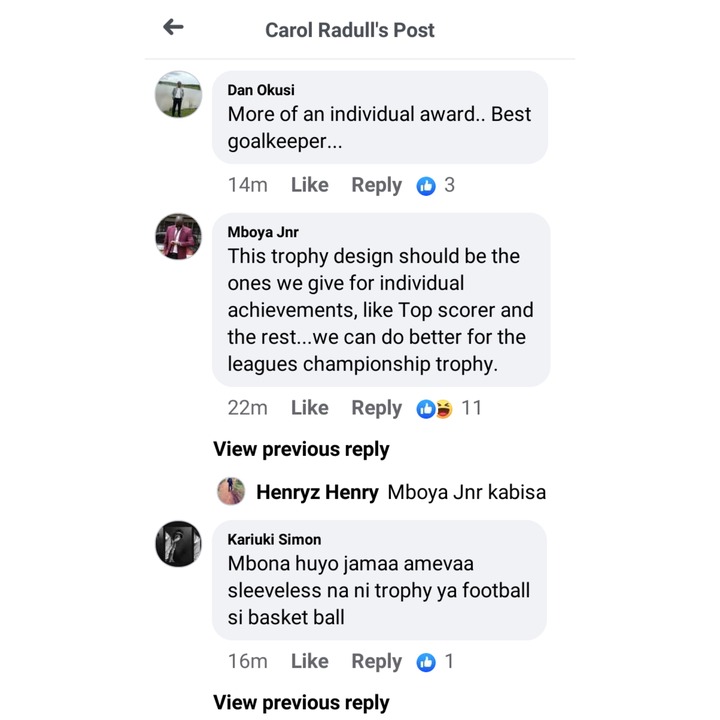 @Dan says,"That's more of an individual trophy as opposed to a team trophy.This being that there is just one person holding the ball.Also, the fact that a maasai creation has been added to the trophy makes it more weird.Probably it would have looked more football like if a footballer was used. @Munish wonders whether it's a basketball trophy or a football trophy since the person holding the ball has got rings in his ears and is seemingly wearing a maasai lesso.

One positive thing however is the inclusion of the Kenyan culture in making of the trophy which is probably a plus for the designers.What are your opinions on the trophy anyway?

"Fast And Furious" Ferdinand Omanyala Breaks Another Record In Africa