Our Saturday predictions comes from EPL, Bundesliga, Serie A, Ligue one, la Liga among other top leagues across the globe, as most of the leagues are now on their their final lap, we have keenly looked at teams struggling to get out of relegation zone and those teams fighting for promotion and that is where I have delivered my predictions from by looking deeply at team strength, home advantage, injuries among other aspects, here is our full summary. 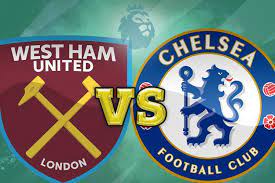 The battle for top four lies here, these two teams have equal points and the winner here will have the upper hand to qualify for champions league, pick both team to score

Three last three meetings have seen both teams score here, they are just two points apart and 6 points from relegation, pick both teams to score

seven of the last eight meetings have seen over 2.5 between these matches and only thrice has one team failed to find the net, pick over 2.5

Genoa haven't kept a clean sheet in their last ten Serie A Matches same case as Spezia, the last meeting the score line was 2-1 and probably Genoa will carry the day here, pick both teams to score & over 2.5

Parma have seen both team score and over 2.5 in their last ten of eleven matches, while Crotone have seen no clean sheet in their last 20 matches but have failed to find the net only five matches, pick both team to score & over 2.5

The last three meetings have seen two draws and one Cadiz win and the matches ended in under 2.5 match goals , pick away win or draw & under 3.5

Watford need 5 points to win the league if Norwich loses while Millwall have nothing to lose, pick home win

Barnsley are in the promotion play off spot and are not going to risk to let it go from their grasp being just 6 points away from the 7th placed team, pick home win

With only a few games to go, The hosts who are on top of the league are just two points from the number two who have a game in hand, a defeat will be costly to Cambridge but their today opponent have nothing to lose, pick home win

These predictions will give you a total of more than 500 odds but select few matches or pace in double chances to maximize your chance of winning, share like and follow this post so that you'll never miss my future predictions.